TRANSFORMING RED TAPE INTO AN OPPORTUNITY 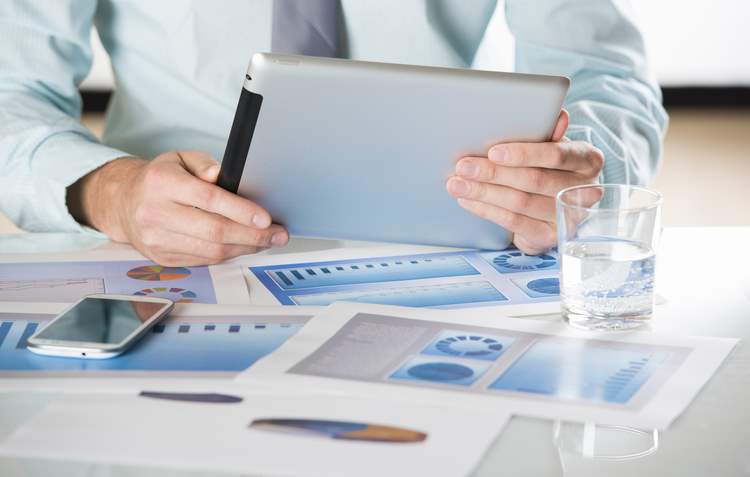 When it comes to political and legislative changes, UK accountants certainly have their hands full. The likes of Brexit, General Data Protection Regulations (GDPR) and Making Tax Digital (MTD) will all have serious implications for practices across the country.

However, accountants aren’t alone, there is barely an industry in the UK which won’t need to comply to the latest wave of red tape. Each of the above regulations and political uncertainties will eventually impact every single company in the UK, meaning the regulations are business critical for accountants’ client base too.

Take GDPR for example. Non-compliance could be the difference between success and failure, and fines will be as high as €20 million or four per cent of annual turnover come 25th May 2018. While penalties for MTD non-compliance haven’t been announced yet, delays mean MTD is likely to be on the backburner for many firms. Digital recording keeping and management is quickly becoming a necessity – not only legally but to remain relevant to client bases. So, it’s a safe assumption that accountants are taking these legislative changes seriously, right?

There seems to be a worrying gap between confidence levels and the work currently taking place. With less than five months until GDPR compliance is mandatory, research shows just six per cent of UK accountants believe their organisation will not be ready by May 2018. On the surface, this sounds like great news, but accountants have some way to go before they can be confidently compliant. Only 41 per cent have reviewed their personal data protection processes, while even fewer (36 per cent) have implemented a GDPR plan. Perhaps the most frightening figure is only 39 per cent of accountants have started talking to their clients about what GDPR will mean for them, meaning there may be businesses out there who don’t recognise the obstacle about to hit them.

Although Brexit isn’t legislation, accountants’ clients need to prepare for the vast changes it will bring. Any business trading with countries in the EU will need to look at how they will be impacted over the coming years as profit margins are likely to be hit. Similarly, international clients with offices in the UK and EU countries may need to look at the viability of relocating elements of the business, depending on the results of the impending negotiations. That’s before the inevitable legislative changes which will hit accountants and businesses once the UK is no longer under the rule of the EU.

This is a tumultuous time which businesses will expect their accountant to support them through, and rightly so. As it stands only 11 per cent of accountants currently offer Brexit planning as a service and just 13 per cent believe they will do so in three years’ time. This highlights a wider mindset within the industry which needs to change. For many this results in red tape being tackled at the last minute. This shouldn’t be the case – legislative change must be viewed as an opportunity.

Although the constant barrage of red tape which hits accountants and their clients can be challenging, it’s an opportunity to further strengthen client relationships.

Accountants must therefore position themselves as indispensable business advisers to consult on every step of the compliance journey. To do so, they must work with clients to uncover regulatory weaknesses, before helping to eradicate these issues. Only then will the practice become a business critical element of the company, vital to its success. This is something the C-suite is willing to pay for. The accountants which tackle red tape head on and work well in advance to remove their clients’ stress will find themselves as industry leaders. After all, if given the option no organisation will choose to rush compliance at the last minute when they consider the impact penalties for failure could have.

The same is true for Brexit preparations. If an accountant isn’t willing to offer this as a service it’s only a matter of time before businesses look elsewhere for a firm that does.

One reason regulatory change is viewed as a burden rather than an opportunity is due to the sheer amount of work which goes into ensuring compliance for the entire client base. However, it doesn’t have to be that way.

By embracing technology, accountants can automate large portions of compliance work which would traditionally have taken months. For example, for the upcoming MTD legislation, requiring small businesses to adopt digital record keeping and quarterly tax reporting, will all but ensure compliance without a vast increase in workloads. In fact, after the initial change to digital, workloads will fall due to the automation offered.

Once accountants realise technology which enables them to upsell to their clients and tackle red tape that puts them in a quandary, it will undoubtedly transform the practice for the better. Firms will be able to position themselves as the expert in compliance for their clients, offering them peace of mind whenever new legislation is introduced. Owning red tape from the moment it’s announced by discussing it with the client before they have a chance to worry about the implications, right through to the introduction of compliance, means the practice will become more than a service provider. It will become a vital part of the client’s business.

REVEALED: WHICH UK REGIONS PULLED THE MOST SICKIES IN 2017?