The importance of customer feedback for ecommerce companies 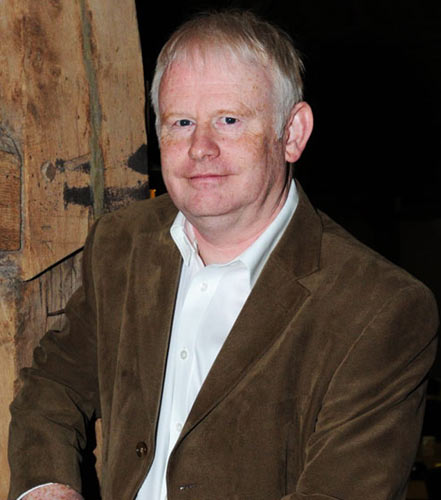 Retailers selling goods online might think that they provide everything customers’ need to make a purchase – product information, images, pricing, a secure payment process. But, if there’s no platform enabling a two-way discussion between them and their customers, then all parties are losing out, argues SellerDeck (www.sellerdeck.co.uk) chairman Chris Barling.

When customers visit a bricks-and-mortar store and make a purchase, they will inevitably have some kind of dialogue with a shopkeeper or other member of staff, even if it is just to exchange pleasantries. More often than not, though, customers will have questions, opinions or other feedback to offer the merchant. While giving feedback, in-store, online it can be rather more difficult.

The process of buying goods online can generate business issues and be quite alienating. Whilst customers are able to access information about the product they’re buying the transaction can still be completed in an unsatisfactory way. For instance, a small detail omitted from the product description or glitches in the delivery process can make the difference between a  happy customer who goes on to shop again and a disappointed one who then shops elsewhere.

For retailers, it’s an important problem to manage. Unlike interstellar space, in cyberspace everyone can hear you scream. Tools like Twitter and Facebook mean complaints can be seen by hundreds or thousands of people – if not more – whereas before the World Wide Web the hassle of making complaints (that you may only tell to a few friends) was off-putting to those who had grievances.

Online sellers need a system in place that allows customers to leave feedback and see feedback from other shoppers. Where complaints are concerned, a feedback platform can act like a lightning rod and give the merchant the chance to see and respond to them. When it comes to positive feedback, there are a number of benefits – firstly, other customers will be able to see the positive comments and can be impressed by the way you handle negative ones. Customer feedback has benefits for a website’s SEO too, Google recently introduced new tags to specifically identify and include customer feedback directly into search results, so a vendor could see themselves creeping up the Google rankings as a result.

One of the arguments against offering a customer feedback platform on a website is that rival companies could target it with negative, fake feedback, or a disgruntled customer could repeatedly leave negative comments. This can be easily circumvented by only providing customers the chance to leave feedback, rather than leaving them open to anyone who visits the site, so there’s nothing to fear on this front.

There are other arguments for only allowing customers to leave feedback – existing customers are already engaged with the business and have an understanding of what it does. They’re interested in the products on offer – whether good or bad – and when asked are likely to venture a considered opinion.

Merchants need to be careful of censoring feedback. There’s no point in building in a feedback system to your site that will be carefully vetted to only show positive feedback – customers simply won’t believe it. Besides, negative feedback is often a blessing in disguise for online vendors, showing them where they’re getting things wrong and how they could make improvements to their service.

Online merchants that want to collate customer feedback have a number of options available. The best for maximising customers’ trust is to use an independent feedback platform. While many will be familiar with independent customer feedback platforms such as Reevoo, one of the best known is Feefo (www.feefo.com), which is used by retailers of the calibre of Fat Face, Lands’ End and Charles Tyrwhitt. Independent feedback forums are usually easy integrate into an online store and, at least in the case of Feefo, proven to improve conversion rates and increase sales by 10 per cent or more.

In our experience, the vendors that are serious about keeping existing customers happy, as well as winning over new ones, consistently implement SellerDeck’s Feefo offering into their websites. With around 17 per cent of purchases made on sites that use Feefo generating feedback, merchants that use it are guaranteed to build up an impressive repository of information – whether for the benefit of other customers or giving them ideas on how they can improve their service. In addition, SellerDeck’s bespoke Feefo offering automates the process of getting feedback from customers who have already made purchases, so vendors aren’t limited to present and future customer feedback.

One SellerDeck customer that has integrated Feefo’s independent feedback platform into its website is Mower Magic (www.mowermagic.co.uk), a garden machinery merchant based in Lincoln. Having heard about Feefo in SellerDeck’s online forums, Jez Hall, Director of Mower Magic, decided to integrate Feefo 18 months ago. However, he was unsure of how he could garner enough feedback to create an instant impact. We advised him to approach all customers that had bought something from Mower Magic in the past three months – around 1,000 people, and in a few days there was feedback across much of the site.

In the past, businesses have been wise to listen to their customers, in this day and age businesses must realise that there is nowhere to hide from them. Disgruntled customers can send their message across the world in a matter of moment, so merchants need to get to grips with this problem by implementing their own forums for all feedback – both negative and positive – to reside. And by not taking complaints personally and going the extra mile to resolve any complaints, these vendors can turn negatives into positives quite easily.

About SellerDeck: SellerDeck (www.sellerdeck.co.uk) supplies ecommerce software and services to small and mid-sized companies that want to be in full control of their online business. The company’s desktop application gives merchants full control over key components such as hosting, payments, fraud detection and customer feedback without having to rely on third-party, cloud-based solutions.
Share on FacebookShare on TwitterShare on Linkedin
Related Topics:
Up Next

Fe-edback with a Cutting Edge