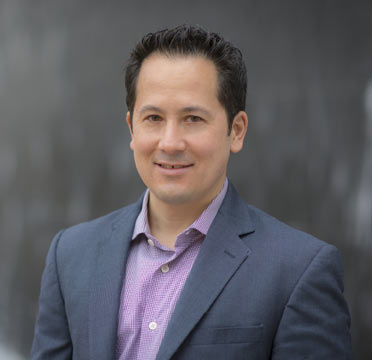 Most CFOs have encountered some form of ‘big data’ over the past few years. By unlocking value from the increasingly vast data sets that most organisations have today, big data vendors promise to deliver previously unattainable business benefits that will positively impact their company’s profitability. This may sound like music to a CFO’s ears, but there is of course a catch. The scale of the projects involved means that they often come at a considerable cost.  Even after the computer systems capable of processing the data and the software development requirements have been specified and purchased, there are still operational costs to consider, particularly the cost of the electricity needed to power these systems.

Perhaps the best definition of big data comes from IT industry analyst firm IDC1, which says that “ultimately, big data solutions exist to improve decision making and to provide greater insights, faster, to decision makers at all levels of the organisation.”  Fundamentally, big data tools provide a way for organisations to make their data work harder for them, helping them to find out more about how their organisation is performing and ultimately take decisive actions based on that intelligence.

To provide a real-world example, ‘Avis Budget’2  has seen a tangible return on investment from one of its big data projects.  The vehicle rental company has implemented a marketing-led project with a database of some 40 million customers.  By crunching this data and attributing value to its customers, the project has helped the company increase revenue by $200 million.

The hidden cost of big data

Although the Avis Budget example illustrates that big data projects can provide impressive returns, it’s important not to overlook the cost of running these initiatives, which can leave a question mark over the value that they deliver.  Each project is of course different, and the cost components will vary from project to project.  While this makes it difficult to accurately pinpoint the cost of powering the IT equipment, even the most conservative estimates put this figure at approximately 15 percent of the total cost for most projects.  For some deployments this figure is much higher. For example, NASA3 predicts that its ‘Discover’ super computer system, used to model and simulate the Earth’s climate, could consume enough power to fuel 16,000 homes.

The genesis of this problem is that energy, particularly in Europe, is an expensive cost element with prices expected to rise for the foreseeable future. Organisations will have to contend with the growing challenge of addressing their exposure to energy price fluctuations and consider how they can make IT and data strategies more sustainable, reliable and ultimately more profitable in the future.

A 2012 paper4 from the EU Commission revealed that energy prices for industrial customers increased by 27% in real terms between 2005 and 2012.  The green levies imposed by governments have forced energy suppliers to raise prices. Compounding this pricing pressure, the EU Commission has itself made a unilateral and legally binding commitment5 to reduce the overall greenhouse gas emissions from its 28 member states by 20 per cent by 2020.  That means that any business that emits carbon as a by-product of its operations will face even more costs in the form of explicit and implicit carbon taxes.

Despite political pressures to go green, electricity generation still creates a lot of carbon. Indeed, in some European countries6 the amount of electricity generated from coal is actually still rising, which is particularly concerning, considering that coal is the most polluting source of electricity. With this in mind, any organisation running energy intensive big data projects can expect to be under increasing scrutiny for the impact they have on the environment.

Once these considerations are combined, there’s a perfect storm where electrical supply and consumption is concerned. This drives a need for organisations that spend heavily on power – and particularly those that forecast increased use of big data projects and general IT computing load – to find ways to hedge against the financial risks associated with rising and unpredictable costs.

Big data projects can deliver improvements to business operations and increases in revenue, but these must be considered in the context of their broader costs. For projects to remain viable and deliver better value, CFOs should prioritise conversations on how and where energy is sourced and concentrate on finding ways to insulate this aspect of the business against long-term risks.  The solution here is to situate these power-hungry big data projects in locations with access to dependable, low price, and abundant renewable energy sources. After all, no carbon emissions mean no carbon taxes, and renewable energy sources are also good for financial results, as long as they are more predictably and affordably priced.