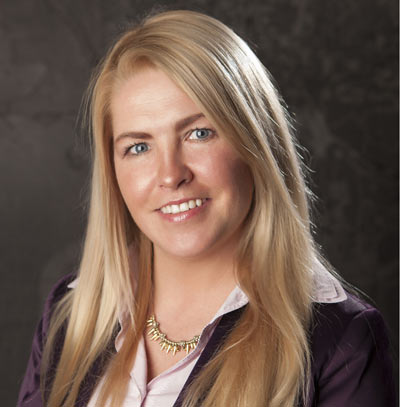 Britain has always been a desirable destination for investors and entrepreneurs to locate their international business activity due to one of the most open economies globally for their highly skilled workforce, developed infrastructure and easy access to capital markets.  The UK is a gateway to Europe with a long history as a trading nation and connection point for American markets to the west and Asian markets to the east. London is famous for its legal system and excellence in financial and business services.

Comparing it to other European countries, the UK is perceived as a country for easy start of ones’ business. Any overseas business investing in the UK can register a company, set up banking facilities and start trading very quickly – and receive the same support from the UK Government as any domestic firm.

This message was reinforced in the 2012 Autumn Statement, providing greater commitment from the UK government to support UK investment through a competitive tax regime, balanced against the needs for a fair system domestically and internationally

HMRC and HMT have understood  the need for certainty and sought more active engagement and consulting with business on the direction and design for reforms to achieve clearance, transparency and better suited system for globalised trading and business practice.

Successive changes over recent years have sought to deliver a competitive regime. Key features already in place include Controlled Foreign Companies (CFC) reform with interim improvements in 2011 and full reform with effect from 1 January 2013. UK moved to territorial approach to tax, where the focus is on taxing profits earned in the UK, Patent box reform,  wide treaty network, Zero withholding tax on distributions, majority of dividends exempt from tax, 10% rate for profits linked to patents, Oil and Gas decommissioning and many more.

UK has gone a long way to increase the attractiveness for foreign investment, starting from 1999 when OECD transfer pricing principles cherished in domestic UK transfer pricing rules, Substantial shareholding exemption and Research and Development (R&D) credits for large companies and dividend exemption introduced in 2002 and 2009 respectively. First reduction in corporate tax rate from 28% to 26% happened in April 2011 with further reductions to 23% in 2012. Further down the line new CFC rules were introduced in January 2013 in territoriality, simplicity and regime for offshore financing.

As the result of these initiatives UK received several significant corporate responses such as the world’s second-largest offshore oil and gas well drilling company Ensco. Re-domesticated to the UK in 2009, a gold mining business operating in Tanzania African Barrick Gold locates here in 2010; global vehicle components manufacturer Delphi Automotive PLC (Delphi) re-domesticates in 2011 and many more have announced their intention to return. This year UK had Fiat Industrial transfer from Italy and Nobel Corporation from Switzerland.

The UK tax changes over the last years mean that the country now is a preferred location for a headquarters or holding company and has attracted more HQ operations than any other country of Europe. The UK provides a range of legal entities through which businesses activities may be undertaken. The options present a choice of tax and legal characteristics which can assist in achieving a variety of structuring objectives and annual filing requirements.

In terms of territorial approach, a company is tax resident in the UK as a consequence of either being incorporated in the UK or it’s central management & control take place in the country. However, a UK incorporated company may become dual resident in another jurisdiction based on local laws as the treaty network normally will include a residence tie-breaker clause to provide taxing rights to the jurisdiction in which day to day management’ and decision making is undertaken.

Short overview of the UK tax system and reporting requirements

Founded in 2004, Arlington Corporate and Trust Services Limited, regulated and licensed by the HM Revenue and Customs Authority as an International Corporate Services Provider (Money Laundering Registration No. 12577115), awarded the ISO 9001 and members of Association of Corporative Registration Agents, provides independent onshore and offshore company formation and administration services to private individuals and business entities around the globe, including full administrative support of the entities from bookkeeping and accounting to opening and management of bank accounts. www.arlington-corporate.com