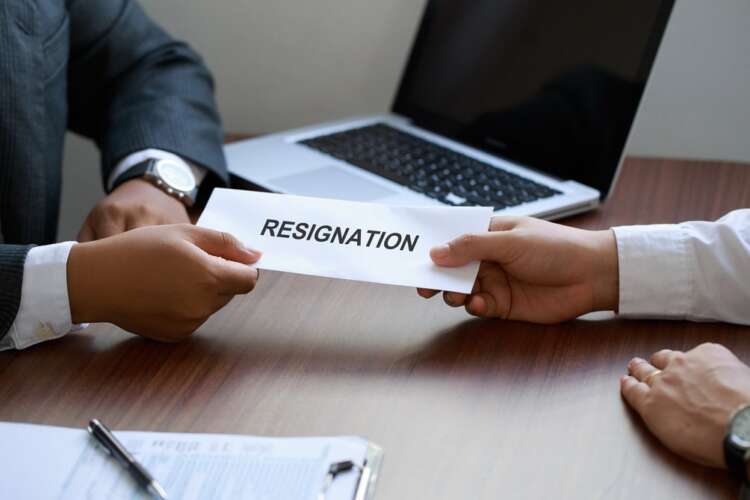 A Microsoft survey of over 30,000 workers across 31 countries found a staggering 41 percent are considering leaving their current jobs. In November 2021, an unprecedented 4.5 million Americans quit their jobs, according to the U.S. Department of Labor. This higher-than-normal quit rate, dubbed “the Great Resignation,” is attributed in part to pandemic-related stress resulting in a shift in how people think about work. People are retiring early, reevaluating their lives, or simply looking for a change. Personal well-being and a strong desire for more control over when and where to work have become priorities for many. No industry is immune.

According to Gallup, employee turnover costs a business between one-half and twice the annual salary of an employee. Employee turnover represents another significant cost—lost knowledge. For spreadsheet-reliant industries like banking and finance, as well as public companies, lost knowledge can equate to millions of dollars in a single year and expose an organization to significant risk.

Consider, for example, Standard Chartered Plc’s record 46.6 million pound ($61 million) penalty imposed by the U.K.’s top banking regulator, the Bank of England’s Prudential Regulatory Authority. In December it was reported that a spreadsheet error resulted in the emerging markets-focused lender overestimating its access to U.S. dollar funding. The departure of two staff members from its specialist liquidity team was cited as a contributing factor.

An opportunity to get things right

Fortunately, there is upside to this upheaval as explained in a recent Wall Street Journal article, From ‘the Great Resignation’ to ‘the Great Reimagination.’ The steps companies take now to stop the bleeding can also stand them in good stead for future shifts. The Great Reimagination, as named in the article, is an opportunity for companies to reexamine workplace systems that can help businesses weather the future shocks sure to arise.

Boards, management teams and compliance officers rely on spreadsheet data for reporting and key business decisions—with the assumption that data is accurate and compliant. This new wave of departures spotlights a longstanding issue that puts data integrity at risk—inherited spreadsheets. It also presents an opportunity to fix this age-old issue.

Successful businesses are built on a foundation of accurate data. Confidence in the results they generate from complex models is key to making shrewd business decisions, like determining the value of a potential acquisition or investment, budgeting and forecasting, analyzing profitability, and determining risk. Often these critical business decisions rely on data imbedded in complex and highly specialized spreadsheets.

With more than 30 million users, Microsoft Excel is the world’s most popular spreadsheet program. For complex calculations where data is continuously changing, and those that require the use of cell functions, Excel is often the go-to tool to get the job done. Despite being flexible and convenient, spreadsheet-enabled processes are manually driven and, therefore, prone to errors both accidental and intentional. For example, within every spreadsheet is inherent risk that formulas are not repopulating correctly, that coworkers use different versions of a saved spreadsheet, and that information is hidden behind formatting.  An even bigger risk perhaps is the haphazard way in which most spreadsheets are designed and documented which makes it difficult for anyone—besides the original creator—to understand what they see.

When an employee leaves their job, an organization is left with spreadsheets that someone else built and who is no longer there to explain formatting. In a best-case scenario the information is explained to the manager, who must then explain to the new employee— assuming the manager is able to retain details and data provided by the spreadsheet creator. In most instances, however, spreadsheet knowledge leaves with the employee.

Attempting to maintain a spreadsheet that someone else built is a difficult challenge, especially if it was assumed the spreadsheet was under control and later discovered that was it was not. Cost accountants, for example, frequently find errors in their inherited spreadsheets yet don’t want to make changes for fear they will break the spreadsheet. Often, unbeknownst to the user, the spreadsheet is already broken and data generated from the spreadsheet isn’t accurate. Still, decisions are being made under the false assumption data is correct. Without being able to go back and see where the break occurred issues are impossible to fix. The task is increasingly more complex when dealing with large, intricate models.

Attempting to document processes along the way and prove that controls are being met for internal review as well as examiners is an onerous task at best. If an employee leaves, this can quickly turn into a compliance nightmare when an organization is unable to validate their spreadsheets with a high level of accuracy/completeness or explain to regulators how they were built.

Taking a proactive approach to spreadsheet management helps organizations avoid exposing themselves to risk by making sure if someone does leave, spreadsheet knowledge doesn’t leave with them. Change management controls ensure there is always a record of what changed in a spreadsheet, who made the changes over time and when the changes were made. This technology also helps “the new person” understand the spreadsheet so they can quickly and confidently utilize the spreadsheet.

While it is impossible to go back in time, there are steps organizations can take to minimize disruption and better prepare for future turnover. The first step is to identify which spreadsheets are most important and get them under management.

Deploying spreadsheet management technology is another necessary step to protect an organization from the ongoing threat of lost knowledge. Like change management tools, spreadsheet management technology is essential to help users quickly understand an inherited spreadsheet. Going forward, employees will have visibility into what was changed, by whom and when.  And, with visibility comes confidence that the data generated is accurate. Look for a system that offers the ability to quickly pull together standard and configurable reports for audit and compliance reporting requirements.

Automated spreadsheet management technology is not a replacement for Excel. Rather, it complements Excel by bridging its shortcomings while allowing organizations to embrace Excel’s strengths. With so much movement in the industry, now is a good time to reassess spreadsheet protocol to avoid risk exposure.

Why Power BI is the future of interactive data visualisation software