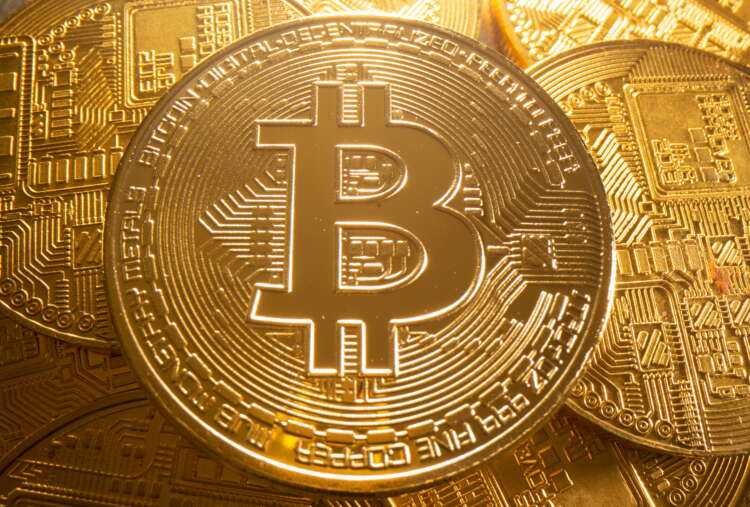 LONDON (Reuters) -SIX Swiss Exchange’s new digital trading and settlement arm will issue a bond to show how blockchain can benefit mainstream securities and not just the cryptoassets it was originally intended for, the exchange said on Thursday.

The bond in SIX Group AG would have a total volume of 150 million Swiss francs and mature in 2026, with the offering oversubscribed several times, SIX said.

Two-thirds of the bond will be tokenised on SDX, the rest on SIX’s main exchange, with net proceeds used for general financing.

“It’s an historical milestone in the evolution of DLT in the capital market space,” Newns told Reuters.

DLT is the technology that underpins cryptoassets such as bitcoin, and Newns said the benefit for investors would come from “atomic” or trading and settlement in a single, instantaneous step.

Trading and settlement typically span two days in mainstream markets, creating risks such as the possibility of one side of the transaction going bust before completion, which ties up liquidity and capital.

“The option of instantaneous settlement is nothing short of revolutionary,” Newns said.

R3, the company behind the DLT technology used by SDX, said the bond issue was being watched closely by financial markets globally.

“This is one of the biggest changes we are likely to see in financial market infrastructure in our lifetime,” R3 co-founder Todd McDonald said.

SDX received two licences in September from Swiss regulators for initial digital offerings and secondary trading and settlement of shares and bonds.

Newns said SDX would also explore digital derivatives, though cryptoassets were “not part of our immediate offering”.

“There are more transactions in the pipeline. This is very much just the beginning,” Newns said.

Newns is the third head of SDX, a project which has faced delays in going live since plans for the platform were unveiled in 2018.