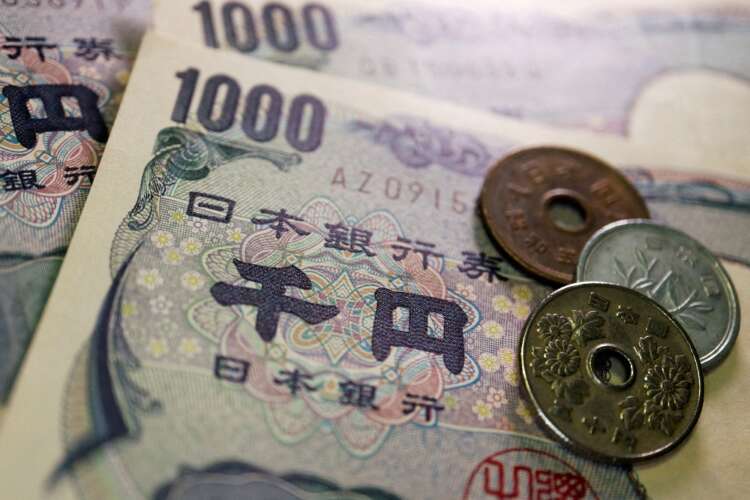 NEW YORK (Reuters) – A gauge of global stock markets fell for a second straight day on Wednesday as a reading on inflation did little to alter expectations the U.S. Federal Reserve will remain aggressive in fighting inflation, while the yen jumped as Japan indicated it could move to prop up the weak currency.

MSCI’s gauge of stocks across the globe saw its biggest one-day percentage decline in three months on Tuesday after inflation data for August showed consumer prices unexpectedly rose, locking in investor expectations for a rate hike of at least 75 basis points at the Fed’s policy meeting next week and possibly even hiking by 100 basis points, according to CME’s FedWatch Tool https://www.cmegroup.com/trading/interest-rates/countdown-to-fomc.html?redirect=/trading/interest-rates/fed-funds.html.

Wednesday’s inflation data was more benign, showing producer prices declined for a second straight month in August as gasoline prices fell further, but was not enough for investors to reconsider the Fed’s aggressive stance.

“PPI today was in a vacuum, OK, but it definitely wasnâ€™t enough in the headline drop a little bit month-on-month, definitely not enough to counterbalance what we saw yesterday,” said Ross Mayfield investment strategist at Baird in Louisville, Kentucky.

“I didnâ€™t expect much of a risk-on rally today, itâ€™s nice there wasnâ€™t much follow on selling but a meaningful shift in rate expectations probably justifies the sell-off so not necessarily surprised we are not getting a relief rally today.”

Stocks on Wall Street fluctuated between modest gains and losses in choppy trade. Union Pacific shares were down 3.78% as U.S. Labor Secretary Marty Walsh held talks in Washington with freight railroad and union officials in an attempt to avoid a rail shutdown as early as Friday. A shutdown would exacerbate supply chain issues and potentially lead to higher inflation.

In currency markets, the yen pulled away from recent 24-year lows versus the dollar after the Bank of Japan conducted a rate check with banks on Wednesday in apparent preparation to step in to tame sharp yen falls, although analysts said the strengthening was likely to be short-lived.

Concerns about high inflation lingering and the Fed outlook kept upward pressure on U.S. Treasury yields. The two-year U.S. Treasury yield, which typically moves in step with interest rate expectations, was up 2.4 basis points at 3.780% after touching a fresh 15-year high at 3.834%.

A closely watched part of the U.S. Treasury yield curve measuring the gap between yields on two- and 10-year Treasury notes, seen as an indicator of economic expectations and a reliable recession indicator when inverted, was at -36.8 basis points.

Oil prices advanced as an international energy watchdog expects an increase in gas-to-oil switching due to high prices this winter, even though the outlook for demand remains subdued.