Cryptoverse: Bitcoin digs in for a bumpy new year

Sterling hits 2 1/2 week high, eyes on BoE
Our website publishes news, press releases, opinion and advertorials on various financial organizations, products and services which are commissioned from various Companies, Organizations, PR agencies, Bloggers etc. These commissioned articles are commercial in nature. This is not to be considered as financial advice and should be considered only for information purposes. It does not reflect the views or opinion of our website and is not to be considered an endorsement or a recommendation. We cannot guarantee the accuracy or applicability of any information provided with respect to your individual or personal circumstances. Please seek Professional advice from a qualified professional before making any financial decisions. We link to various third-party websites, affiliate sales networks, and to our advertising partners websites. When you view or click on certain links available on our articles, our partners may compensate us for displaying the content to you or make a purchase or fill a form. This will not incur any additional charges to you. To make things simpler for you to identity or distinguish advertised or sponsored articles or links, you may consider all articles or links hosted on our site as a commercial article placement. We will not be responsible for any loss you may suffer as a result of any omission or inaccuracy on the website. 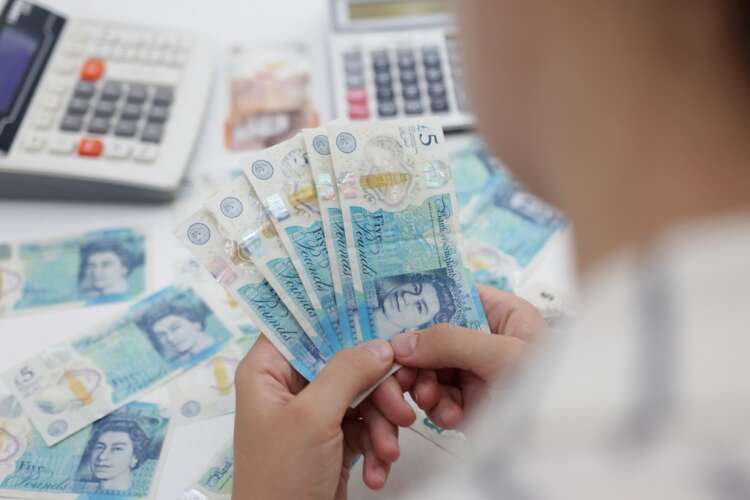 LONDON (Reuters) – Sterling on Thursday held onto the bulk of its gains against the dollar from the previous day as inflation data suggested the Bank of England may have to raise rates more aggressively, though it slipped a little against a stronger euro.

That, alongside recent GDP data showing the British economy is holding up better than feared, is adding to pressure on the Bank of England to keep raising rates.

The difference between interest rates in different markets has been one factor driving currency moves in recent months.

The euro, which was also on the front foot against most other currencies, recovered a little more ground against the pound than the dollar, and was last up 0.35% at 87.78 pence.

It dropped to a one-month low of 87.35 pence on Wednesday as the pound was helped by the inflation data.

While there are no major events or data releases in Britain on Thursday, the European Central Bank is due to release its December 2022 meeting minutes, which could have an impact on the euro.

“Some recovery in the euro may still send EUR/GBP back to 0.8800+ by the end of this week,” said Francesco Pesole, EMEA FX strategist at ING in a note.

The pound also lost 0.3% versus the Japanese yen to 158.64, as the Asian currency rebounds after Wednesday’s volatility induced by the Bank of Japan maintaining its ultra dovish monetary stance.