Ireland must change law to ratify EU-Canada trade deal, court rules
Our website publishes news, press releases, opinion and advertorials on various financial organizations, products and services which are commissioned from various Companies, Organizations, PR agencies, Bloggers etc. These commissioned articles are commercial in nature. This is not to be considered as financial advice and should be considered only for information purposes. It does not reflect the views or opinion of our website and is not to be considered an endorsement or a recommendation. We cannot guarantee the accuracy or applicability of any information provided with respect to your individual or personal circumstances. Please seek Professional advice from a qualified professional before making any financial decisions. We link to various third-party websites, affiliate sales networks, and to our advertising partners websites. When you view or click on certain links available on our articles, our partners may compensate us for displaying the content to you or make a purchase or fill a form. This will not incur any additional charges to you. To make things simpler for you to identity or distinguish advertised or sponsored articles or links, you may consider all articles or links hosted on our site as a commercial article placement. We will not be responsible for any loss you may suffer as a result of any omission or inaccuracy on the website. 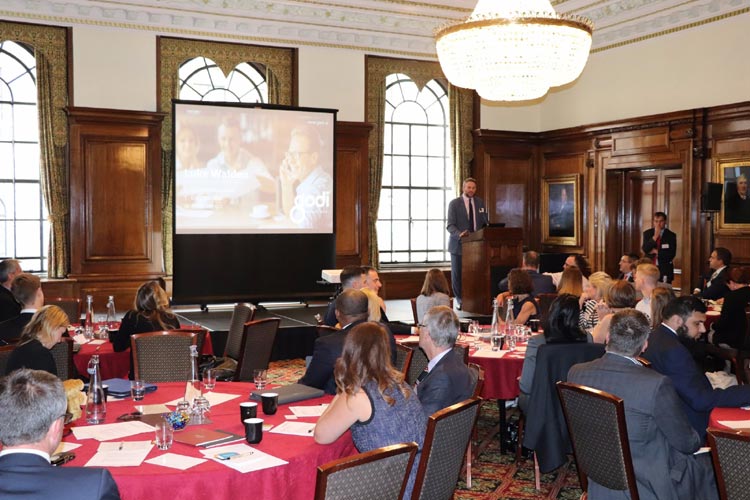 A foreign exchange (FX) expert has addressed SMEs at an export event held yesterday (Monday 17 July), highlighting the crucial need for a robust FX strategy, especially in light of negotiations between the UK and European Union (EU), which could leave businesses at risk to increased market turbulence. Luke Walden, FX specialist at Godi Financial – formerly OSTCFX – was speaking at the CommonwealthFirst Export Day event in Westminster, London, where he addressed SMEs on managing FX as an early stage exporter. In addition to Walden, a presentation on exporting through ecommerce was also provided by Nick Landon and Richard Snowdon of Royal Mail.

Walden spoke of the recent turbulence as a result of the current political and financial landscape and how vital it is for SMEs to be aware of the risks that FX can have on business. Percentage point swings on a daily basis will remain the case while the Brexit negotiations continue.Being able to manage the uncertainty in the context of global trade is therefore of great importance.

“Speculation about what kind of deal the UK can negotiate around Brexit, coupled with volatility in the Eurozone and the wider global regions, mean that sharp movements in the currency markets are going to be the new norm. “Whatever happens in Brussels, UK businesses will continue to export and import and work in partnership with overseas companies, but the nature of the trade deals that will shape those relationships going forward remains very uncertain. Upcoming political and financial events such as the German elections in September, should also be on the radar of companies with FX exposure,” Walden said.

With uncertainty likely to prevail in coming months and even years, protecting a business’ position was noted as a priority, emphasising major organisations that have been hit by market turbulence. EasyJet’s announcement earlier this year that currency movements cost it £105 million, is one such example of the damage market volatility can do to even well-established businesses.

“Despite the underlying business of major players being good, being the wrong side of a falling pound has been disastrous for many organisations. Yet this can be avoided with a robust FX approach. Too many businesses are simply sitting on their hands and waiting to see what happens. Leaving it in the hands of the markets really is negligent.” Walden added.

“Business leaders need to take control now to help create more certainty for their organisations during these turbulent times. This is possible through making foreign exchange a fixed cost to your business, hedging as far forward as you can and limiting your potential liabilities to numbers you are comfortable with,” he concluded.