With home energy prices soaring, offices need to prepare for an influx of workers
Our website publishes news, press releases, opinion and advertorials on various financial organizations, products and services which are commissioned from various Companies, Organizations, PR agencies, Bloggers etc. These commissioned articles are commercial in nature. This is not to be considered as financial advice and should be considered only for information purposes. It does not reflect the views or opinion of our website and is not to be considered an endorsement or a recommendation. We cannot guarantee the accuracy or applicability of any information provided with respect to your individual or personal circumstances. Please seek Professional advice from a qualified professional before making any financial decisions. We link to various third-party websites, affiliate sales networks, and to our advertising partners websites. When you view or click on certain links available on our articles, our partners may compensate us for displaying the content to you or make a purchase or fill a form. This will not incur any additional charges to you. To make things simpler for you to identity or distinguish advertised or sponsored articles or links, you may consider all articles or links hosted on our site as a commercial article placement. We will not be responsible for any loss you may suffer as a result of any omission or inaccuracy on the website. 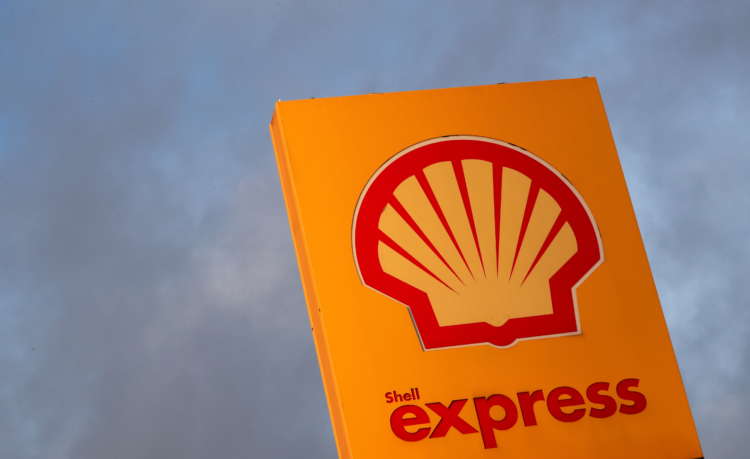 A non-binding resolution submitted by Shell with the support of a large group of investors to vote on its recently unveiled climate strategy won 88.74% shareholder support at its annual general meeting (AGM) which was held online.

The plan, announced in February, aims to reduce planet-warming carbon emissions to net zero by 2050 by slowly reducing oil and gas output, growing its renewables and low-carbon business and offsetting emissions through carbon capturing technologies and measures such as forestation.

Shell CEO Ben Van Beurden said at the AGM that the strategy, which will be updated every three years, was “comprehensive… rigorous and… ambitious.”

A second resolution filed by activist group Follow This urging the Anglo-Dutch company to set “inspirational” targets to battle greenhouse gas emissions, was rejected by 69.53% of the votes, according to a tally of most votes.

Still, the nearly one-third of votes supporting the resolution, which Shell’s board urged shareholders to reject, is a sharp increase from last year’s vote where a similar resolution won 14.4% support.

Several investors, advisories and activist groups including Follow This have criticised Shell for setting intensity-based carbon reduction targets, which allow Shell in theory to grow its emissions, rather than absolute reduction targets.