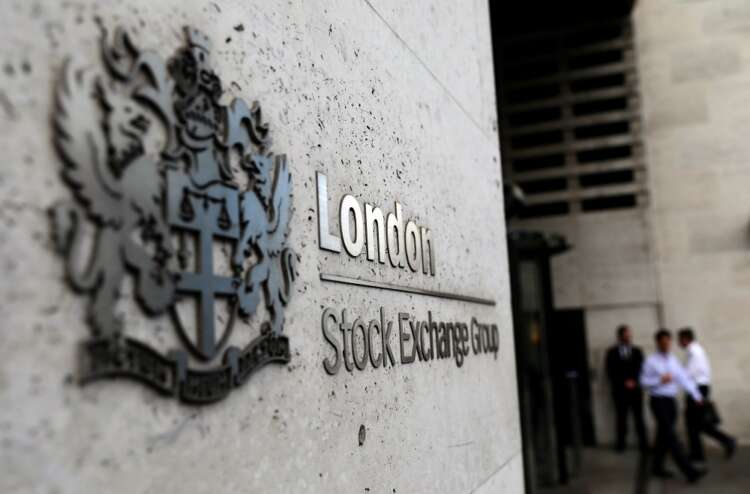 (Reuters) -UK’s commodity-heavy FTSE 100 reversed early losses on Wednesday, buoyed by oil stocks as crude prices surged on supply concerns due to escalation of the war in Ukraine, while investors braced for an aggressive interest U.S. rate hikes.

“Investors will be looking at defence stocks and thinking about the potential that governments will look to increase their spend on weapons and on military hardware,” said Danni Hewson, financial analyst at AJ Bell.

Housing stocks rose 3.3% after a report said that newly appointed Prime Minister Liz Truss will announce plans to cut the stamp duty on property tax in the government’s mini-budget this week.

Nevertheless, worries of a global economic slowdown lingered ahead of an expected 75-basis-point interest rate hike by the U.S. Federal Reserve around 1800 GMT.

“After what we saw in Sweden yesterday and what we’re expecting to see from the Federal Reserve, it does put a great deal of pressure on the Bank of England,” said Hewson.

“Markets are not quite sure what to expect from the BoE because you’ve got the UK Government about to borrow a huge chunk of additional cash, the expectation that the economy is already in recession and a situation where the BoE cannot cut rates in order to stimulate economic growth because that will only lead to further inflationary pressures.”

The sterling dipped to its lowest against the U.S. dollar since 1985 after data showed Britain’s budget deficit was bigger than expected in August.

Britain said it would cap the cost of electricity and gas for businesses from next month, following a similar scheme for consumers, helping relieve the pressure of soaring energy costs.