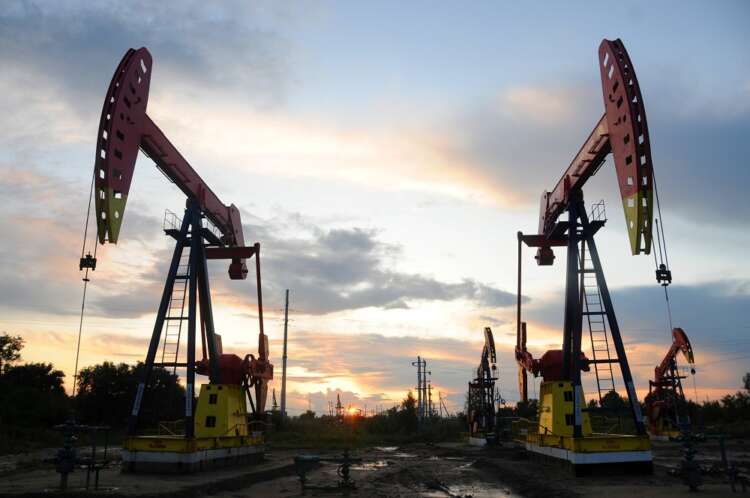 LONDON (Reuters) -Oil gave up early gains on Friday and was on track for a second weekly decline, pressured by concern about weakening demand in China and further interest rate rises by the U.S. Federal Reserve.

China, which sources say is looking to slow crude imports from some exporters, has seen a rise in COVID-19 cases, while hopes for the moderation of aggressive U.S. rate hikes have been dented by remarks from some Fed officials this week.

“As things stand, bullish price drivers are in short supply,” Stephen Brennock of oil broker PVM said. “Yet with the EU embargo on Russian crude less than three weeks away, oil prices could still end the year with a bang.”

Both benchmarks are heading for a second weekly loss. Brent is on track for a decline of more than 6%, while WTI is down 8%.

Recession concerns have dominated this week even with the European Union’s ban on Russian crude looming on Dec. 5 and the Organization of the Petroleum Exporting Countries and allies, together known as OPEC+, tightening supply.

“On the demand side, there are concerns about an economic slowdown,” said Naeem Aslam of Avatrade. “The path of the least resistance seems skewed to the downside.”

The premium of nearby Brent futures over barrels loading in six months fell as low as $4.16 a barrel, the lowest since August, indicating less worry about future supply.

The Fed is expected to raise rates by a smaller 50 basis points (bps) at its Dec. 13-14 policy meeting after four consecutive 75 bp hikes, according to a Reuters poll.

OPEC+, which began a new round of supply cuts in November, holds a policy meeting on Dec. 4.

(Additional reporting by Sonali Paul in Melbourne and Muyu Xu in Singapore; Editing by Barbara Lewis and Mark Potter)

What’s in a name? EU watchdog cracks down on ESG investment funds

ECB may have to cool growth to control inflation, Lagarde says