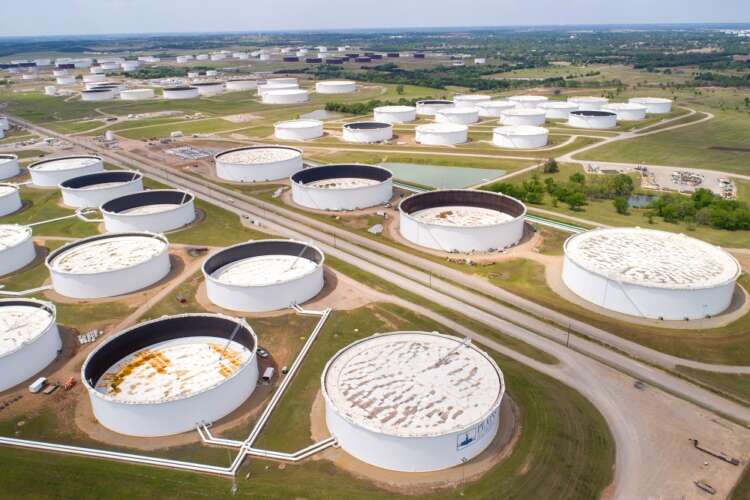 The consumer price index gained 0.1% last month after being unchanged in July, the U.S. Labor Department said on Tuesday. Economists polled by Reuters had forecast a 0.1% fall.

Fed officials are set to meet next Tuesday and Wednesday, with inflation way above the U.S. central bank’s 2% target.

Both contracts rose by more than $1.50 a barrel earlier in the session, supported by concerns over tighter inventories.

“The oil market’s structural outlook remains one of tightness, but for now, this is offset by cyclical demand headwinds,” Morgan Stanley said in a note.

In the United States, the Strategic Petroleum Reserve (SPR) fell 8.4 million barrels to 434.1 million barrels in the week ended Sept. 9, the lowest since October 1984, according to data released on Monday by the Department of Energy.

U.S. commercial oil stocks are expected to have fallen for five weeks in a row, dropping by around 200,000 barrels in the week to Sept. 9, a preliminary Reuters poll showed on Monday.

“We remain constructive on oil prices despite intensifying headwinds to demand, as the supply side remains supportive with slower-than-expected U.S. output growth and a proactive OPEC+,” Amarpreet Singh, an energy analyst at Barclays, wrote a note.

Prospects for a revival of the West’s nuclear deal with Iran remained dim. Germany expressed regret on Monday that Tehran had not responded positively to European proposals to revive the 2015 agreement. U.S. Secretary of State Antony Blinken said that an agreement would be unlikely in the near term.

The Organization of the Petroleum Exporting Countries on Tuesday stuck to its forecasts for robust global oil demand growth in 2022 and 2023, citing signs that major economies were faring better than expected despite headwinds such as surging inflation.