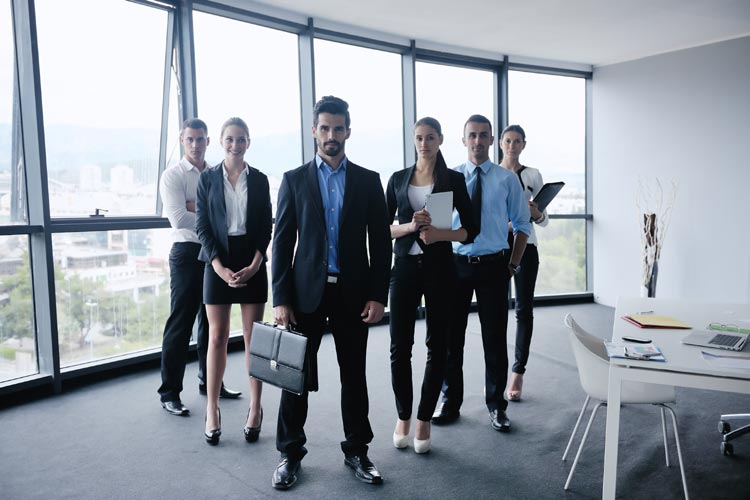 Millennials – people born between 1980 and 1995 – are not just burdened with student debt and struggling to get on the property ladder, but are now under threat from an arguably more vocational and commercially-minded Generation Z.

According to a new survey by recruitment agency Randstad, nearly four in ten (38%) Millennials feel their education has left them unprepared for the modern world of work. But just under a third (32%) of respondents from Generation Z — the ‘digital natives’ born from 1996 onwards — feel the same way.

The survey also revealed that the very youngest professionals from Generation Z are displaying higher leadership ambitions, with 84% saying they are shooting to be top dog in the workplace. This compares to 79% of Millennials.

In addition, Gen Z employees are likely to switch employers more regularly than their Millennial counterparts: a third (33%) of Gen Z respondents said they are likely to stay less than two years at their current company compared to just over a quarter 26% of Millennials.

In some cases, this will be a result of Gen Z employees simply being younger and more flighty — but it may also reflect more drive among the very youngest employees.

For example, as for how respondents measure success, the indicator most popular with Generation Z respondents was a promotion (23%). By contrast, the best indicator of success in the workplace for Millennials (22%) was respect and acknowledgement from their colleagues.

“Millennials appear to be stuck between a more financially fortunate Generation X, who didn’t need to pay university fees and were able to get onto the property ladder before prices soared, and the digital natives of Generation Z who arguably have a much more vocational and ‘e-commercial’ mindset.

“As the curriculum has evolved to include lessons on coding and younger people generally understand the commercial potential of the internet, people today are leaving school, college or university with a much clearer idea of who they want to be and what they want to achieve.
“A fair percentage of Millennials, on the other hand, have racked-up thousands in student debt earning academic degrees that are arguably less relevant to the modern workplace. Without the financial advantages of Gen X and perhaps lacking the digital nous of Gen Z, it’s no surprise people are calling Millennials the lost generation. Now this clearly won’t apply to all but with Gen Z applicants snapping at their heels, more than ever it’s vital Millennials make future employers aware of their skills and commercial drive, which many will have in abundance.”