Marketmind: Why the calm in markets won't last 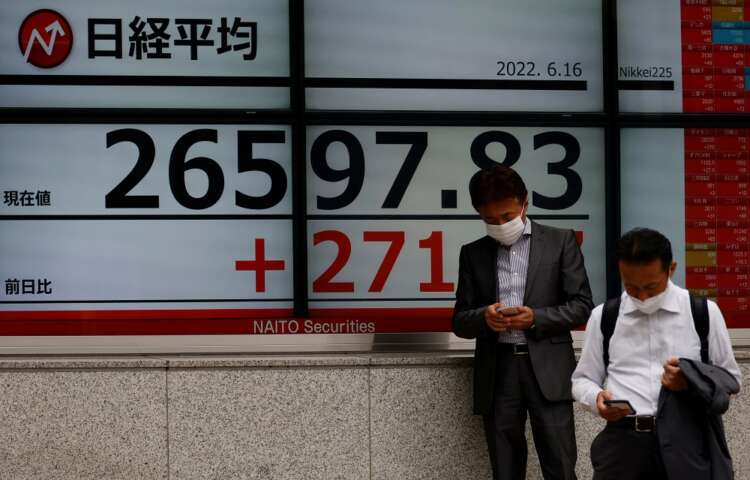 A look at the day ahead in markets from Dhara Ranasinghe.

Last week’s market turmoil that sparked the biggest weekly drop in world stocks since March 2020, has given way to a degree of calm. But don’t bet on it lasting.

In short, until there are clear signs that inflation in major economies is coming down from decades-high levels, allowing central banks to step off the monetary tightening pedal, volatility will remain in place.

News late Monday that IG Metall, Germany’s most powerful union, wants to push through wage increases of between 7% and 8% in an upcoming round of bargaining is a reminder that price pressures are broadening out. No wonder that triggered a late day selloff in European bonds.

Yields in U.S. bond markets, closed on Monday for a holiday, are pushing higher in early London trade.

And note this comment from ECB chief Christine Lagarde, speaking late Monday. She said the risk of an abrupt correction on Europe’s financial and housing markets is high, adding that financial stability risks have “perceptibly increased” since the start of the year.

Some fear the sharp selloff in global markets is tightening financial conditions faster than anticipated, raising the risk of a sharp economic slowdown.

For instance, funding costs for investment-grade companies in the euro area have risen above 3% for the first time since June 2012, with the interest rate doubling in less than three months, Axa Investment Managers estimates.

Some central banks though, are pushing back against the notion of overly aggressive rate hikes. Australian central bank chief Philip Lowe on Tuesday flagged more policy tightening ahead but played down the chances of a 75 bps move.

Asian stocks are higher, so are U.S. and European stock futures. And there’s a respite for Bitcoin too, which is holding above $20,000 having failed to break strongly below the psychologically significant level in recent days. 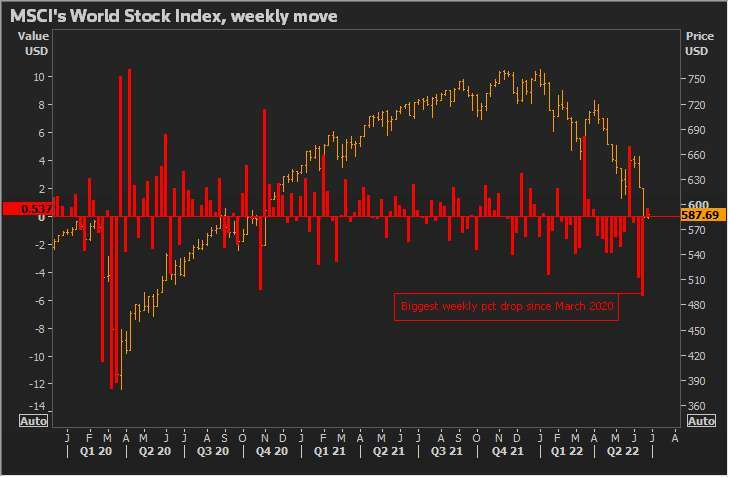 Key developments that should provide more direction to markets on Tuesday: