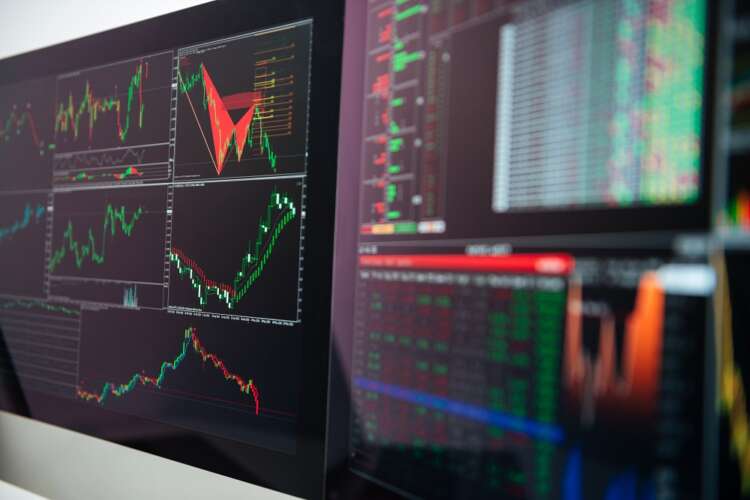 With Cop26, the UN’s next climate change conference, kicking off in Glasgow at the end of the month, climate change is back in the headlines and green energy stocks are reentering the spotlight.

Is lithium vs. hydrogen an energy war?

Advancing the development of alternative energy sources is one of the main tactics for reducing damage to the planet without forcing people to make serious changes to their lifestyle. Ideally, green energy will be renewable, produce minimal harmful emissions, have a low production cost, and be relevant for a number of use cases including transportation, residential heating and lighting, and manufacturing.

Among the lead contenders are lithium-ion batteries (LIBs), and green hydrogen. The battle of lithium vs. hydrogen is causing some uncertainty among climate-concerned investors who are trying to decide which green energy market sector to focus on: green hydro stocks, or lithium stocks?

Why invest in lithium or hydrogen stocks?

People who invest in green hydrogen or lithium stocks hope to see good returns on their investment, but many are also ESG (environmental, social and governance) investors who want to support the development of clean energy.

The benefits of hydrogen stocks

Hydrogen is extremely energy dense, which enables long-duration discharge cycles so that hydrogen fuel cells can absorb and store excess energy when supply is high, and then release it as fuel at times and places of peak demand. As a clean energy source, hydrogen is more reliable and provides larger amounts of power than many other renewable energy options, including biomass, solar power, or wind power.

Hydrogen fuel cells are already being used around the world for residential power needs, as an energy source for heavy industry, and for backup power grids that support critical infrastructure. Hydrogen fuel cell vehicles (FCEVs) including buses, heavy trucks, passenger vehicles, and trains are on the streets and rails in dozens of countries worldwide.

The advantages of lithium

Meanwhile, investors in lithium stocks point out that it too is energy-dense and able to hold surplus energy for future release. Lithium-ion batteries are already familiar to many consumers as long-life batteries that can be recharged again and again, making it a tried and tested green energy option.

LIBs are mostly used in electric vehicles (EVs) and for distributed energy storage alongside other power options, but people are exploring their application in larger-scale power grid storage and for providing backup power for data centers.

Which is better for the environment, hydrogen or lithium?

It’s difficult to predict whether lithium or hydrogen will be better for the planet’s future in the long term, because there are many variables involved.

When we talk about hydrogen, it’s important to clarify the difference between green hydrogen and grey hydrogen. Hydrogen fuel is produced by using electrolysis to harvest hydrogen molecules from the compound of H2O (water) in which they are found. The molecules are passed into a pressurized storage container until they are transferred to fuel cells to be released as energy.

“Grey” hydrogen doesn’t produce truly clean energy, because it uses fossil fuel to power the electrolysis process, but “green” hydrogen relies on power from renewable sources, like wind or hydroelectric power. Green hydrogen is as close to emission-free as you can get, producing no carbon emissions, no harmful pollutants, and only clean water as a side product.

In contrast, lithium is a lot more environmentally-friendly than traditional fossil fuels, but it’s not entirely pollution free. LIBs are made using lithium ore, which needs to be mined from reserves in the ground. Although there are projects exploring more sustainable mining practices, the current process requires vast amounts of water and/or energy.

On top of that, LIBs require small amounts of cobalt and nickel, which are largely mined in areas that are notorious for human rights abuses. New initiatives are hoping to recycle LIBs so that the cobalt and nickel within them can be reused for new batteries, but this is challenging because most batteries are built into the device and can’t be easily removed.

The long-term investment prospects of hydrogen and lithium

The investment case for green hydrogen looks promising. Many governments have announced policies to incentivize the uptake of hydrogen energy, and/or committed funds to advance its development, including the US, UK, China, Japan, Germany, Poland, and other countries in the EU. It’s fair to say that hydrogen is driving more engagement and traction in green energy circles.

Clean energy enthusiasts have noticed that hydrogen is abundantly available across the planet, in the form of water, while there are fears that supplies of lithium ore will run out one day, or become so expensive and difficult to extract as to be broadly prohibitive.

Proponents of green hydrogen also point out that it’s relevant to far more use cases than lithium, including industrial feedstock, because it’s a molecule-based energy source. Hydrogen batteries deliver more power per kilo of weight than LIBs, are more compact, and faster to charge, which can be crucial for powering green vehicles, while the battery performance of LIBs tends to drop over time.

The cost of extraction, processing, and distribution are falling for both green hydrogen and lithium production, both thanks to the development of better and lower-cost extraction methods and a rise in government subsidies.

If you have limited funds and need to make an investment decision, it can be difficult to choose between lithium and hydrogen stocks. But in the broader picture, there’s not really any need to select one over the other. The future green energy mix is going to need more than one energy source, so we expect both green hydro and lithium stocks will play their part.

Investing involves risk. Principal loss is possible. As an ETF, HDRO (the “Fund”) may trade at a premium or discount to NAV. Shares of any ETF are bought and sold at market price (not NAV) and are not individually redeemed from the Fund. The Fund is not actively managed and would not sell a security due to current or projected under performance unless that security is removed from the Index or is required upon a reconstitution of the Index.

A portfolio concentrated in a single industry or country, may be subject to a higher degree of risk. Specifically, the Index (and as a result, the Fund) is expected to be concentrated in hydrogen and fuel cell companies. Such companies may depend largely on the availability of hydrogen gas, certain third-party key suppliers for components in their products, and a small number of customers for a significant portion of their business.

The Fund is considered to be non-diversified, so it may invest more of its assets in the securities of a single issuer or a smaller number of issuers. Investments in foreign securities involve certain risks including risk of loss due to foreign currency fluctuations or to political or economic instability. This risk is magnified in emerging markets. Small and mid-cap companies are subject to greater and more unpredictable price changes than securities of large-cap companies.

HDRO is new with a limited operating history.

Opinions expressed are subject to change at any time, are not guaranteed, and should not be considered investment advice.

Will gasoline prices drop in 2022? It depends on OPEC and U.S. shale