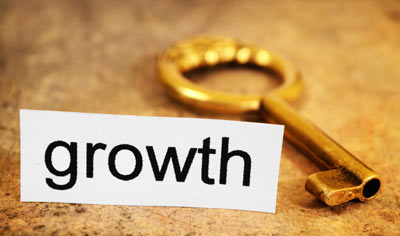 Industry sectors around the world target mobile for growth in 2014, as the Kount Mobile Payments and Fraud Survey reveals the majority of merchants (86%) will establish a mobile presence this year

The insurance and telecoms worlds lag behind other industries when it comes to mobile adoption, according to the results of the world’s largest ever mobile payment and fraud survey, although they are among the highest-ranked of those planning to bridge the gap via a mobile offering by the end of the year.

The annual Kount Mobile Payments and Fraud Survey, in association with The Fraud Practice LLC and CardNotPresent.com, has found that mobile is already an increasingly important channel for merchants, with 86% of respondents claiming they will have mobile capabilities in place by the end of 2014. In fact, nearly two thirds (63%) already support mobile in some capacity and over half (55%) of merchants with annual revenues greater than US$50 million currently offer a dedicated mobile website, while 66% support a mobile app for online shopping.  Not surprisingly, more and more merchants want a slice of the mobile pie, as UK retail sales of goods and services via mobile are projected to more than double to £8.17bn this year, according to eMarketer – an 18 percent share of total ecommerce sales.

The sectors most actively supporting mobile already are mass merchants (91%), gaming (82%) and books/music/video (76%). However, sectors that are not currently as mobile friendly are insurance (50%) and telecoms (63%), with merchants surveyed in these sectors still only in the planning stages of developing support specific for mobile.

This reflects the expansion into mobile as a whole, but there are stark differences between certain industry sectors. Industries where at least three-quarters of merchants actively support mobile include books/music/video, dating/social sites, flowers and gifts, gaming, money movement, and toys and hobbies. Insurance and telecoms (including mobile and broadband) industries are among the highest-ranked of those planning bridge the gap via a mobile offering by the end of the year.

“It is clear that mobile has caught some industries off guard, but it’s encouraging to see from our survey that there is greater awareness and understanding of the mobile platform,” said Don Bush, Vice President of Marketing at Kount. “Mobile devices are becoming more prevalent across industries and businesses need to be able to handle new payment types specific to mobile and ensure the experience is as smooth and secure as the traditional desktop portal or POS.”

The most common obstacle cited by merchants embracing mobile was being able to ensure an easy transaction process for consumers. However, the survey results suggests that the mobile market is maturing, as concerns over the ease of transaction were down by almost eight percent last year, while fraud and security concerns both showed similar shifts in the opposite direction. Overall, more than half (51%) of merchants revealed that they viewed the fraud risk in the mobile channel as higher than standard ecommerce in a 20% increase on the previous year.

“The perception of risk can be greater due to the nature of certain products and service,” said Bush. “Ease of payment is understandably a top concern, with merchants keen to avoid payments friction caused by slow payments processing and fraud prevention systems. In the digital age, customers want transactions to be instant and secure, which require a fast, reliable automated payment and fraud protection system.

“The industries that have been slow to mobile can learn lessons from gaming, video and music industries, who are innovating and enjoying growth while remaining mindful and prepared for the potential threats that they may encounter. We are pleased to be able to share how the market is moving and show how mobile is being adopted rapidly. The world is mobile and businesses who are not will simply be left standing still.”