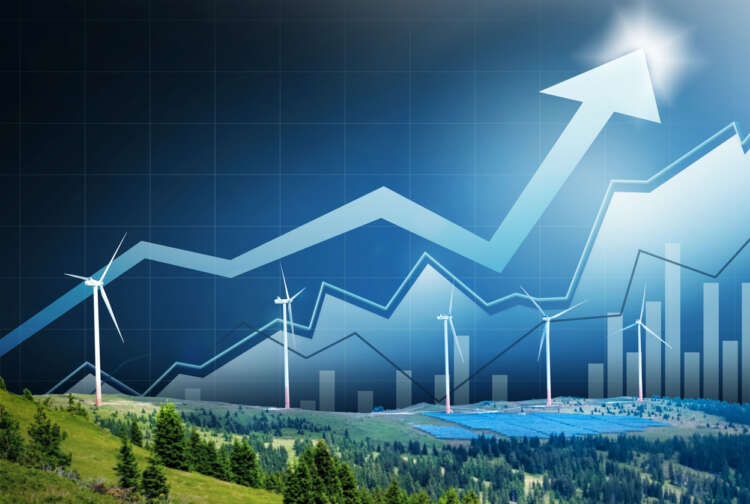 To celebrate World Earth Day this Friday, Maxim Manturov, Head of Investment Advice at Freedom Finance Europe, explores what the key drivers are for alternative energy, as well as three disruptive companies that have been changing the game in the green energy sector.

According to analysis by the world’s largest certification centre for the energy sector, DNV GL, the world’s total electricity consumption will increase by around 10% by 2050. Renewable energy sources are expected to have practically replaced gas, oil, and coal from the market by that time. The main ‘suppliers’ of electricity will be solar power, 40-45% of the energy generated, and wind power, 30-35% of the energy generated. The general trend of the world’s energy companies is to actively convert to green ways of generating energy.

A growing global economy means continual growth and demand for energy. Consequently, all energy sources become increasingly in demand until the market is finally saturated. After that, cheaper energy sources will begin to displace more expensive ones.

Public policy is also a main driver toward green energy. Many governments, especially in the United States, are actively encouraging businesses to move away from fossil energy sources and call for green energy investments.

So, with a shift in support for alternative energy, what green energy stocks are worth investing in?

Enphase Energy (ENPH) is a global energy technology company that was founded in 2006. They are the first company in the sector to be included in the S&P 500 index. Currently, the world’s leading supplier of micro inverter-based solar and battery systems, Enphase believes sunlight can be a safe, reliable, and scalable source of energy to power our lives. The company has become a sector leader and improved profitability by 16% in just three years. It has also increased its capitalisation almost 50-fold, with an average revenue growth rate of 27% over the past five years. Enphase has revenue of £1.07 billion and by the end of the year, we expect a 15% jump in growth potential.

Next Era Energy (NEE) is a traditional energy producer that is continuously increasing the share of renewable energy generation in its portfolio. The renewable energy segment already generates almost half of the company’s profits. The company is one of the most innovative in the utility sector and is actively converting utilities to renewable energy. In 20 years, the company has been ranked the first in the United States in terms of capitalisation among alternative energy generation companies. With revenue of £13.12 billion in 2021, we expect Next Era Energy to have a growth potential of 5% by the end of the year.

Canadian Solar Inc. (CSIQ) has become one of the world’s largest solar photovoltaic product and energy solutions providers, along with ranking as one of the largest solar power plant developers globally. They have customers in more than 160 countries, providing enough green energy to meet the needs of approximately 15.8 million households. The company’s core business is the manufacturing of solar panels and components and the development of battery energy storage systems. The company also specialises globally in the creation of power plants, their operations, and maintenance. Canadian Solar Inc. has a revenue of £3.68 billion and a growth potential of 12% by the end of the year.

Real estate owners must put the ‘S’ into ‘ESG’