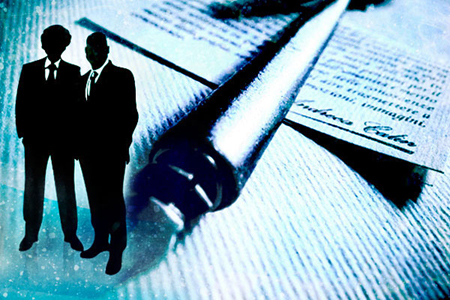 Adaptive Insights, the worldwide leader in cloud corporate performance management (CPM) for the biggest brands and the fastest-growing companies, today released its CFO Indicator Q4 2015 report revealing that chief financial officers (CFOs) not only want their teams to be well-versed in accounting principles but increasingly value “soft skills” like interpersonal communications and collaboration. As important, the vast majority of the 533 global CFOs surveyed cited collaboration with other parts of the organisation as a key initiative in 2016, as finance increasingly sits at the “hub” of big data.

“We’ve seen a shift for some time now in the role of CFOs from financial gatekeepers to champions of strategy and value creation for the company,” said Rob Hull, founder and chairman at Adaptive Insights. “To successfully transition into this new role, CFOs—and their teams—must be able to effectively partner and collaborate across the organisation. It’s not surprising then that CFOs are looking to add soft skills like communication and collaboration to their teams to accelerate this new generation of finance leaders and the broader finance organisation.”

Desire for balance of transactional and soft skills, but challenges exist

According to the survey, CFOs still cite experience with Excel (76 percent) as the most important skill needed on their teams, followed by interpersonal and communications (75 percent), collaboration (70 percent), and data analytics (68 percent) skills. When asked about the most important skill needed to be a strategic CFO, they cited strategy at a business level and finance level as the most important, followed by leadership and the ability to manage a diverse team. Given that these skillsets are traditionally also needed at the chief executive officer (CEO) level, these responses may reflect the fact that 48 percent of respondents aspire to be CEOs.

Yet the survey also reveals that building a well-balanced team with the desired skillset proves challenging. When asked to select their three greatest staffing challenges to building and developing finance teams for 2020, only 13 percent of CFOs cited a lack of accounting skills and knowledge as a staffing challenge, while one-third cited poor collaboration and communication skills.

Topping the list of staffing challenges, however, is a lack of analytics experience (55 percent) and a lack of time/resources for professional development (53 percent). In fact, lack of time is also cited by over 79 percent as the most problematic collaboration issue for their teams.

While CFOs and finance teams are spread thin, they see value in both data analytics and collaboration. In order to transition into their new roles as strategic business leaders, they will need technology and tools that automate complex processes, aid them in effectively communicating about the data, and help them collaborate across their organisations. Only then can they evolve to deliver the insights and value that businesses have come to expect of the finance function.

This sentiment appears to be reflected in the survey results, with 58 percent of CFOs reporting that upgrading technology is a key initiative for their teams in 2016, as is data visualisation (53 percent). As previously noted, collaboration is another top initiative for 2016, and many CFOs are already deeply engaged in collaboration activities. In fact, 82 percent of CFOs report spending at least five hours per week meeting with other departments, with 51 percent reporting their teams spend upwards of nine hours. Despite these efforts, an inability to align with other departments on key metrics (46 percent) was stated to be problematic.

Not surprising given the volatility of the current economic climate, 80 percent of CFOs see economic uncertainty in their region as the top external force posing the greatest financial risk. Interest rates and inflation (61 percent), the outcome of national elections (50 percent), and currency fluctuations (38 percent) are also cited.