Analysis-Inflation revival is a victory, not a defeat, for central banks 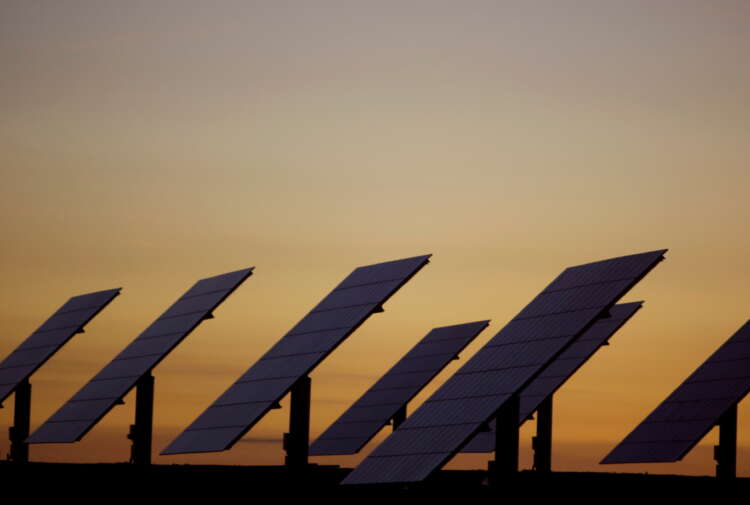 By Sergio Goncalves and Isla Binnie

LISBON/MADRID (Reuters) – Wind power giant Iberdrola and solar project developer Prosolia Energy will jointly invest 850 million euros ($996 million) in five solar parks in Iberia by 2025, including one of Europe’s largest power plants in Portugal, Prosolia told Reuters. Through the deal, the companies aim to develop total new capacity of 1.5 gigawatts (GW) in four photovoltaic parks in Spain and a mega-plant in Portugal which is almost equal to the country’s entire current installed capacity, by 2025, Prosolia Energy executive board member Pedro Pestana Aguiar said.

Solar photovoltaic technology captures sunlight and turns it into electrical energy. An Iberdrola spokesperson confirmed the company had struck a development agreement with Prosolia, but declined to give details. “With this agreement, Iberdrola reinforces its growth strategy in Portugal and Prosolia Energy advances in its objective of becoming a reference player in the energy transition in Europe,” Pestana Aguiar said. Iberdrola plans to spend 150 billion euros globally on tripling its renewable capacity by 2030, reaching a total 60 GW in 2025, as much as 25 GW of which will be in Spain. Pestana Aguiar said “the alliance also includes the possibility of collaboration between the two companies in new future projects”. Iberdrola will hold 50% of Prosolia’s solar park in Santiago do Cacem, around 200 kilometres (124 miles) south of Lisbon, which will be one of the largest in Europe with capacity of over 1.14 GW, he said.

Advances in solar technology, regulatory changes and a gathering drive to cut carbon emissions have helped stoke rapid growth in solar installations in Spain in recent years, coaxing back investors after post-recession subsidy cuts put paid to significant additions for several years.Smaller neighbour Portugal had just over 1 GW installed in 2020.

Permitting and environmental studies have already started for the Portuguese park, which will not receive any subsidies or feed-in tariffs, Pestana Aguiar said. In turn, Prosolia Energy will hold the majority of the capital of the four parks in Spain, but their operational management will be on an equal footing with Iberdrola, he added. Iberdrola has about 1.5 GW of renewable capacity installed in Portugal, of which 1.2 GW is hydroelectric and only 255 megawatts (MW) photovoltaic. In 2020, Prosolia partnered with Paris-based private equity Omnes Capital to finance the construction and operation of large scale renewable projects in Europe with a development portfolio exceeding 2 GW. Pestana Aguiar said the park in Santiago do Cacem could also install a 257 MW lithium ion battery park to store energy, however, “it is still premature” to assess exactly how much additional capital spending this would require.Developers all over the world are working on battery technology to solve the big problem of solar energy – storing it to be used when the sun doesn’t shine but demand is high.