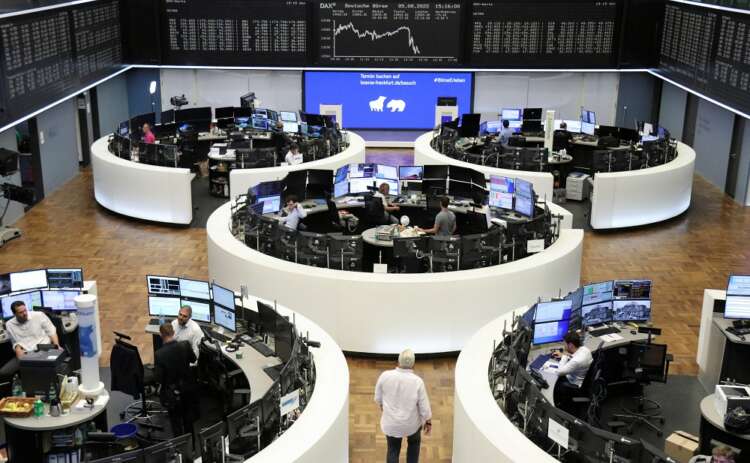 (Reuters) -European shares dipped on Tuesday as investors cautiously waited for key U.S. inflation data later in the week for hints on the Federal Reserve’s next move on interest rate increases.

Declines on Tuesday were led by economically sensitive sectors such as miners and autos, among top gainers in the previous session.

The STOXX 600 has floundered this month after climbing 7% in July on worries over dour economic data, rising geopolitical tensions and fears that higher interest rates could tip the economy into a recession.

“Investor sentiment has improved with the strong rally in July. But for the rally to continue, economic and earnings outlooks will need to stabilize – which is not likely,” said Patrick Armstrong, chief investment officer at Plurimi Wealth LLP in London.

“Risk assets will become more dependent on economic data now that the oversold conditions have dissipated.”

Investors now await an inflation reading from the world’s biggest economy on Wednesday after a surprisingly strong employment data dented hopes that the Fed might go easy in its series of rate hikes aimed at tackling surging inflation.

Swiss duty-free retailer Dufry rose 2.9% to the top of the STOXX 600, as it said it saw strong sales momentum continue in July despite the soaring inflation.

Germany’s Continental said it expects a rise in auto production in the second half of the year as supply chains stabilise and availability of semiconductors improves, but shares of the company slipped 0.8%.

Sanofi slipped 1.2% to the bottom of France’s CAC 40 as the drugmaker paused its recruitment globally for late-stage studies of its multiple sclerosis drug.

(Reporting by Shreyashi Sanyal in Bengaluru; Editing by Sriraj Kalluvila)

Exclusive-Bank of England would sell gilts even if it cuts rates in future, Ramsden says