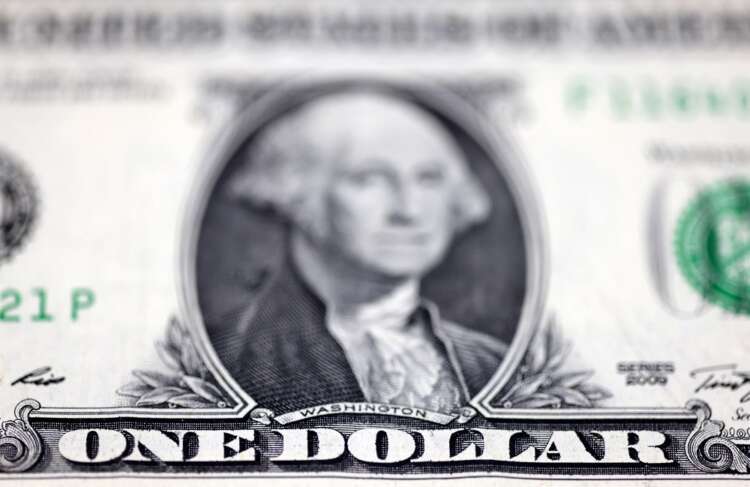 NEW YORK (Reuters) – The dollar fell against the euro for a third straight session on Tuesday, following a Reuters story that European Central Bank policymakers are considering raising interest rates by a bigger-than-expected 50 basis points at their meeting on Thursday to tame record-high inflation.

The rebound in the euro, which sent it further away from the sub-parity levels of last week, coincided with falling expectations for an aggressive 100 basis points hike from the U.S. Federal Reserve this month, which knocked the dollar.

“We are now seeing a subtle but meaningful shift in the outlook for trans-Atlantic monetary policy, and that’s proving a good thing for the euro,” Manimbo said.

Investors were also keeping an eye on political drama in Rome with the Italian government mired in uncertainty over whether Mario Draghi will continue as Prime Minister.

“Italy without Draghi would be a destabilising force and would tend to add to the recent euro weakness,” Manimbo said.

Against a basket of currencies, the dollar was 0.8% lower at 106.53, on pace for its third straight session of losses. The index remains close to the two-decade high of 109.29 touched last week.

Analysts are reluctant to turn bullish on the euro, however, given ongoing concerns about supplies of natural gas and the hit to its economy and how hawkish the ECB can really be.

“In our view, this bounce is likely to prove short-lived and should provide better entry levels for short euro positions,” said Dominic Bunning, head of European FX research at HSBC.

Traders are also preparing to see whether Russian gas on Thursday resumes flowing through the Nord Stream pipe to Germany after a shutdown for scheduled maintenance.

Russian gas flows via the Nord Stream 1 pipeline are seen restarting on time on Thursday after the completion of scheduled maintenance, two sources familiar with the export plans told Reuters.

Elsewhere the Australian dollar soared 1.3% to $0.6903 after Reserve Bank of Australia policymakers said they saw the need for more policy tightening on top of recent hikes.

In cryptocurrencies, bitcoin slipped about 1% to $22,295.80, struggling to shrug off the weakness that has engulfed it in recent weeks.

Buying crypto for the first time? here are five things you should know