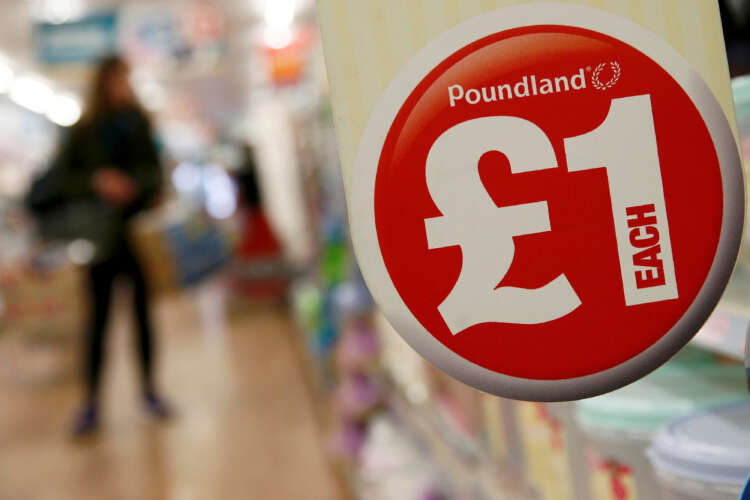 Pepco Group, which also owns the PEPCO and Dealz brands in Europe and trades from 3,504 stores, said it had faced significantly higher shipping costs since the final quarter of its financial year to Sept. 30.

But despite that, Chief Executive Andy Bond said prices on the vast majority of the group’s products would not be increased in its new fiscal year.

“The pressure that that will put on us from a margin point of view will be substantially offset by … cost initiatives in our own business,” he told Reuters, without giving details of the savings being planned.

“Therefore, we feel confident that we will navigate this issue and still deliver on our financial goals as well as doing the right thing for customers,” Bond said.

Poundland has been moving away from its traditional single price point of 1 pound ($1.37) since 2017, with just under 64% of its products sold at that level in 2020-21. PEPCO is a multi-price operator.

The group makes over 80% of its profit outside Britain.

Bond said stores across the group currently have as much stock as they had this time last year and he was confident that by the end of the month they would have more stock than at the same point last year.

Pepco, which listed on the Warsaw stock market in May with a valuation of 5 billion euros ($5.8 billion), forecast core profit for 2020-21 at the upper end of market expectations after revenue rose 19.4%, helped by its rapid store opening programme.

Net new store openings over the year were 483, including the first PEPCO stores in Austria, Serbia and Spain.

“Germany is Europe’s biggest consumer market, so the opportunity there is vast,” he said.

The group expects to create 13,000 jobs over the next three years.

Pepco forecast 2020-21 underlying earnings in a range of 640-655 million euros, up 45% growth at the mid-point from the COVID-hit previous year.