DELOITTE: ARE YOU READY FOR THE GCC CONSTRUCTION RECOVERY IN 2014? 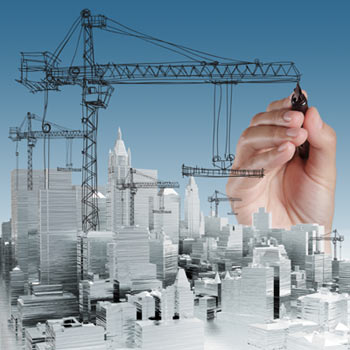 Over the last year the optimism within the GCC construction market has risen considerably as US$70B worth of construction projects were completed in 2013 with this number predicted to rise. Residential developments accounted for just over 43% of total completed projects, which is expected due to the region’s rapid population growth and thus the governments’ increased social infrastructure spends. The UAE and the KSA ranked in the top two positions for all sectors apart from education and healthcare where Qatar held the top spot in both.

According to Deloitte Middle East’s newly released annual report on the sector: “GCC Powers of Construction: Are you ready for the recovery?”, looking to 2014 and further ahead it seems like government-led initiatives will continue to drive growth in the GCC construction sector as regional governments continue to focus on social infrastructure projects. The rail industry alone in the GCC could create 50,000 jobs with most nations creating or upgrading their rail networks. These consist of the multi-nation interconnected railway network along with metro and tram projects of which there are many, including the Riyadh Metro project, Etihad Rail, Qatar Rail and the upgrades to the Dubai metro.

“With this entire extra infrastructure spend; jobs will be generated with some estimates claiming 30% of the potential 300,000 jobs created by Expo 2020 in the UAE alone are expected to be in the construction sector by it. The Dubai government has also announced that all new and existing construction projects are going to be fast-tracked to be ready for 2020,” said Cynthia Corby, audit partner and leader of the Construction industry for the Middle East.

“The demand for skills and resources will of course increase and we would hope that a well-planned and phased development strategy will prevent the price for these resources and for talent from becoming disproportionately expensive,” she added.

The Deloitte GCC Powers of Construction report is produced based on data gathered from surveys and datasupported by interviews with some of the most prominent industry leaders from the region.

In addition to articles and interviews examining key industry trends, the Deloitte GCC Powers of Construction report includes a country by country analysis of statistics, and key projects.  Highlights of this section include:

DELOITTE: Are You Ready For The GCC Construction Recovery In 2014?

The UAE market is on track to reach the levels of investment last seen before the recession; it is also good to see that there are US$12B of previously stalled projects within the country which have now resumed construction. In the transport sector, US$2.9B will be invested in developing a 131km metro system in Abu Dhabi to accelerate the flow of traffic and keep pace with the growing population. The other big rail project is Etihad Rail, the US$10.8B scheme that will link Dubai, Abu Dhabi and the northern emirates, and the ports of Khalifa and Jebel Ali. Etihad Rail will eventually link up with the planned 2,177km-long GCC railway. There will also be 246km of new major roads, including a 62km highway connecting Dubai and Abu Dhabi, scheduled for completion in 2017.

A large proportion of the high-value construction contracts awarded in Saudi Arabia in the last three years have been in the transport sector, particularly aviation and rail. These include the King Abdulaziz International Airport in Jeddah and the Riyadh Metro Project. The Kingdom is also set to award further substantial contracts in the transport sector over the next five years, with project management contracts tendered for both the US$7B Saudi Landbridge rail project and the estimated US$10B expansion of Riyadh’s King Khalid International Airport.

In Qatar, the government is preparing to spend in excess of US$70B, mainly on infrastructure and transport but also on hotels and stadia, in anticipation of the 2022 FIFA World Cup and Qatar Vision 2030. The country continues to focus on improving its social infrastructure. Funds have also been set aside for completing the Hamad International Airport, the New Doha Port Project, the rail and metro projects, and the roads program. A major part of the spending will be on the Qatar Rail project, which is expected to cost around US$45B to build.

Rest of the GCC

Work is picking up in Kuwait and Bahrain but it is Oman that is the one to watch outside UAE, KSA and Qatar looking forward. Oman has budgeted for continued strong spending on its infrastructure and tourism sectors. The country announced US$15.5B of spending on rail at the end of 2013 as well as the construction of a new town in Duqm.

Among the pan-GCC projects, the GCC rail network is by far the largest project with a combined value close to US$200B. Construction of the network is scheduled to be completed by 2018. Meanwhile, the contract for a new causeway linking Saudi Arabia and Bahrain is scheduled to be completed in 2014. When completed, these should assist in regional and international trade, with the use of a world-class logistics network connecting all GCC nations.

The report further assesses how to look at challenges and opportunities for each of the GCC countries. Issued annually, the Deloitte Middle East Powers of Construction report serves as a comprehensive review of the construction industry for leaders. To read the full report, visit the following link