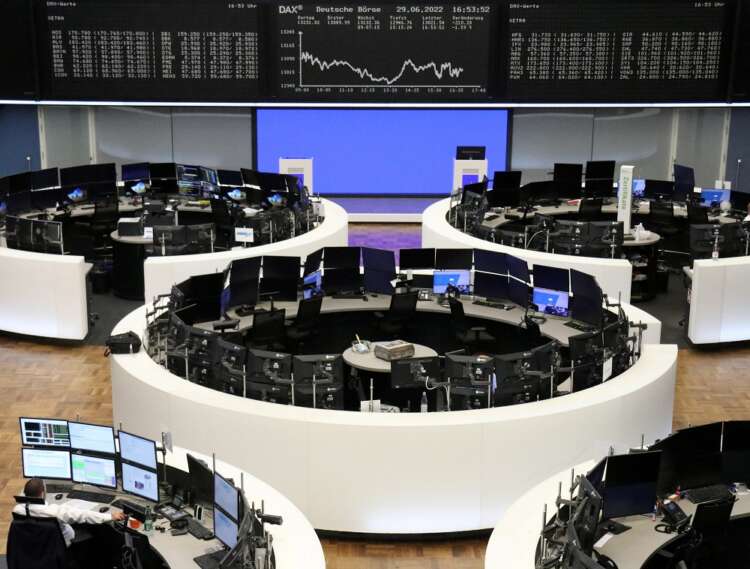 The continent-wide STOXX 600 index slipped 0.3%, a day after marking its worst quarter since the pandemic-led selling of early 2020 and tracking a dour Wall Street session on data that exacerbated concerns around a recession. [.N]

All eyes are now on the first estimate of June consumer price index for the euro zone, due at 0900 GMT, and which will likely show that inflation accelerated to a record high of 8.4% from 8.1% in May.

“The stubborn overshoot of price pressure necessitates a strong response to underpin central bankers’ commitment to their inflation targets and to keep expectations in check,” strategists at Generali Investments wrote in a note.

“That said, we expect a faster growth slowdown and more volatile markets to lead key central banks to terminate their policy normalization closer to neutral rates than markets currently reckon.”

European Central Bank policymaker and fiscal hawk Robert Holzmann would have preferred earlier action on interest rates than the ECB’s current plan to raise them in July for the first time in more than a decade, he said in remarks published on Thursday.

The STOXX 600 lost 1.6% this week and shed more than 16% this year so far, as worries over stubborn inflation to China’s slowing economy and Russia’s invasion of Ukraine curbed risk appetite.

(Reporting by Devik Jain in Bengaluru; Editing by Sherry Jacob-Phillips)