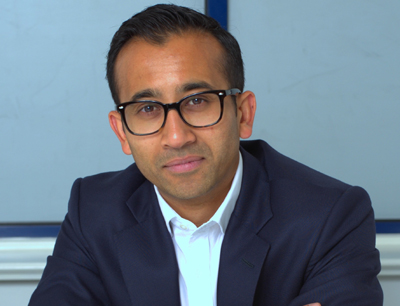 In the wake of London Technology Week and a raft of hugely exciting stories about digital entrepreneurs, the inaugural Digital Masters Awards which recognised leading digital executives, and – finally – the launch of Entrepreneur Barbie (identified as such by her smartphone, tablet and briefcase), we read again about the career decision facing this year’s graduates: Waterloo & City line to Bank or vintage fixie to Old Street? As reported in The Evening Standard last week, London is hiring again. And while university careers fairs are once more populated by the usual collection of FTSE-100 blue chips and professional services firms, a whole host of “Silicon Roundabout” companies will be competing for the first time for the talent to propel their meteoric rise to billion-dollar IPO.

Evolving technology has fuelled ever-faster rounds of innovation; young, agile and ambitious start-ups are breaking down traditional barriers of entry and disrupting established institutions. These companies are led by “Generation Me”; GenY-ers who – if you believe the stereotype – favour table-football while they’re working, free beer on a Friday, and an office uniform of Stussy t-shirts and snap-backs, and who, according to the Financial Times, will by 2025 make up 70% of the global workforce. Certainly they’re part of a generation which has grown up with social technology at the heart of everything, but when it comes to their career choices I’d argue that it’s the “start-up” rather than the “tech” in tech start-up that really appeals to GenY-ers – and that raises big issues for big businesses.

For those of you who don’t share a house with or manage a GenY-er, it might be worth a brief run-through of the sort of characteristics both in and out of work that are frequently identified as common to those born under the sign of Bill Gates (i.e. post-’82) – they are, naturally, comfortable with using technology to interact, to communicate, to learn, and to solve problems. They’ve spent their formative years (much like Entrepreneur Barbie) with a smartphone permanently attached to their hand, feel the right to instant information, and become frustrated when they can’t have it. They like praise, rapid progression, and autonomy. Oh, and a great work/life balance. Very few of those characteristics sit comfortably within large firms with rigid organisational structures, where access to information tends to be limited on a “need to know” basis, and – importantly – managers come from the Baby Boomer generation of long hours, vertical management structures and slow, hierarchical career progression.

Some large firms are working hard to bridge the gap, educating managers on how best to motivate new recruits and streamlining their organisations to make information sharing easier and functional barriers less difficult to transcend. WPP is a great example; a multinational of more than 160,000 employees – 70% of whom are under 40 – working across more than 350 subsidiary agencies, in an environment where collaboration is encouraged and lateral career moves are possible. SMEs have long been ignored by graduates dazzled by the big marketing budgets of the big campus recruiters, but in exchange for affording graduates greater flexibility, they will find it easier than large corporates to recruit and retain a highly motivated pool of labour. Given the value that bright, energetic juniors can add to businesses that rely on innovation, that’s a huge competitive advantage.

Technology is a relevant part of this discussion, not because that’s where all the grads want to work (although plenty do, with or without C# on their CV), but because technological advances have allowed small businesses to compete with big businesses on a scale that was previously impossible. The availability and development of technology over the past few years means start-ups are perceived to be more agile and reactive to change, and there’s an increasing awareness that a business doesn’t have to be 10,000 (or even 1,000) strong to be influential. A successful platform isn’t the only driver – it’s the look and feel of a start-up that appeals to today’s (and probably tomorrow’s) graduates. Whilst larger institutions are associated with the once-aspirational route to Partner, start-ups afford a more tangible possibility of proximity to management, speedier progression and an opportunity to have more and earlier influence on the business. Global multinationals are therefore no longer necessarily the ‘safe option’ when it comes to building a meaningful career. In this David and Goliath war for talent, free beer on a Friday is only the tip of the iceberg.

Logan is the founder and CEO of Dartmouth Partners. He has a notable track record in recruiting across financial services but with a particular focus on M&A and Private Equity. Whilst running the firm from a strategic perspective, he continues to be very actively involved in execution.

Prior to this, Logan began his career at JPMorgan and PriceWaterhouseCoopers in Corporate Finance. He co-founded the Cornell Partnership before leading a successful exit of the financial services and graduate business to form what is now Dartmouth Partners. Logan studied to Masters level at the University of Birmingham before entering the City in 2000.

Logan is a serious tennis enthusiast, prolific networker and in 2013 was listed in the Growing Business “Young Gun” Awards. He founded and sits on the board of CityButler, a bespoke concierge firm.

HOW TECHNOLOGY IS CHANGING THE FACE OF THE FINANCE DEPARTMENT