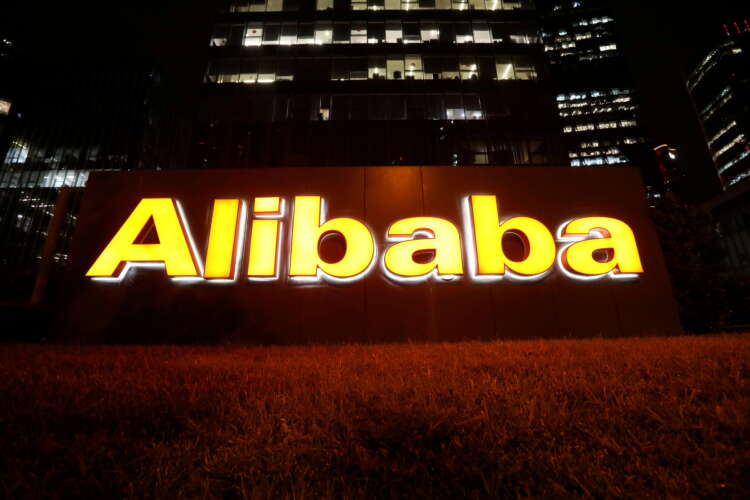 By Josh Horwitz and Subrat Patnaik

LONDON (Reuters) – China’s Alibaba forecast annual revenue to grow at its slowest pace since its 2014 stock market debut as second-quarter results missed expectations due to slowing consumption, increasing competition and a regulatory crackdown.

U.S.-listed shares of Alibaba Group Holding Ltd, which expects fiscal year 2022 revenue to grow by 20% to 23%, tumbled 10.3% in pre-market trading on Thursday.

Chinese shoppers have become more cautious about spending, in part due to new coronavirus outbreaks.

This, along with supply disruptions, has contributed to China’s economy suffering its slowest growth in a year in the third quarter.

On an earnings call on Thursday, Alibaba CEO Daniel Zhang said increasing competition and slowing consumption in China were the primary causes for slowing growth, adding that it was hard to say which one hurt earnings more.

For the quarter ended Sept. 30, the e-commerce juggernaut’s revenue growth rose 29% to 200.69 billion yuan ($31.44 billion), its slowest rate of growth in six quarters. Analysts on average had expected revenue of 204.93 billion yuan, according to Refinitiv data.

Separately, Alibaba’s chief rival JD.com Inc, said it expects weak demand will weigh on the company’s overall performance in the year’s second half.

Alibaba, which last week recorded its slowest sales growth during its annual Singles’ Day online shopping fest, said it will continue to invest heavily in areas such as Taobao Deals, an e-commerce service targeting lower-tier cities, and offline retail initiatives.

Alibaba’s fintech affiliate Ant Group recorded a quarterly profit of about 19.7 billion yuan for the quarter ended June. Alibaba records its profit from Ant one quarter in arrears.

Alibaba logged its first operating loss as a public company the same quarter it faced the penalty, and has lost about a third of its market value so far this year.

(Reporting by Subrat Patnaik in Bengaluru and Josh Horwitz in Shanghai; Editing by Arun Koyyur, Kirsten Donovan and Emelia Sithole-Matarise)