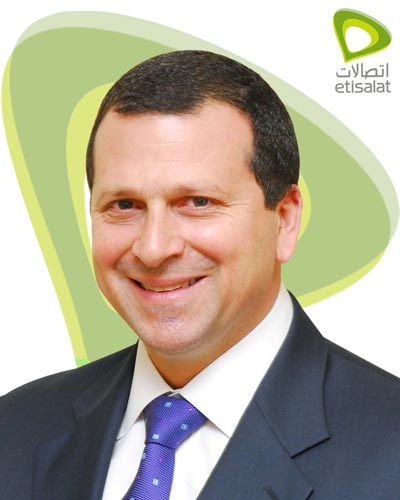 Africa’s telecom sector has become one of the most sought after investment opportunities globally, and leading industry and finance executives are meeting in London on June 7 to assess surge in opportunities.

“The opportunity for telecom investment and growth across Africa is outstandingly positive, especially compared to other regions,” said Adrian Baschnonga, Senior Analyst Global Telecommunications, Ernst & Young, who will be making a Keynote Speech titled: “Sustaining the  Telecom Growth Story”.

“There are however, a number of critical areas of risk which must be tackled with caution, particularly relating to rising competition, changing customer needs, lack of suitable business models and regulatory uncertainties,” said Baschnonga. “The keynote will also provide the opportunity to outline some of the new initiatives designed to sustain growth such as the introduction of new services, network sharing, partnerships and cross-border policies.”

“Africa will be the major economic driver of world GDP growth over the next ten years… M&A may be down but cashflow going into the industry is absolutely massive.” said Simon Holden, Global Head of Telecoms at Goldman Sachs International, speaking on the M&A Panel at the TMT Finance Middle East conference in Dubai earlier this month. Holden, who will also speak on the African Telecoms M&A Panel in London on June 7, added: “Opportunities in the future will not come from larger cluster type deals of the past, but in very sophisticated, surgical deals to acquire assets.”

Kamal Sameer Shehadi, Group Senior VP Regulatory Affairs, Etisalat is making the Opening Visionary Keynote speech which will help set the agenda for the day’s debates. Abu Dhabi-based operator Etisalat, which owns telecom operators in 10 Africa markets including Egypt, Nigeria, Tanzania and Ivory Coast, is currently in the process of selling of hundreds of millions of dollars of mobile tower assets across Africa to raise capital for further expansion and investment.

The panellists are all in expansive mode: Tata Communications plans to expand its operations in Kenya, Tanzania and southern Africa and is reported to be seeking partnerships with domestic companies to build infrastructure. Tata is using its Neotel unit to expand in South Africa. LAP Green Network has operations in Uganda, Rwanda, Niger, Ivory Coast, southern Sudan, Togo, Sierra Leone, Chad and Zambia. Wananchi Group specialises in pay television and high-speed Internet services in Kenya and Tanzania, and is backed by Emerging Capital Partners. Avanti Communications is a satellite and broadband operator which recently launched its second satellite to cover Africa and the Middle East. Life Telecom owns operations in Mozambique and isinvesting in networks across Sub-Saharan Africa.

Other critical panel discussions and themes include:  The M&A Panel – What’s next for mergers and acquisitions in Africa?; Investment Models for Next Generation Networks – Is open access the future?;  Maximising ROI for Mobile Towers – How asset sales are shifting the balance; and Raising Finance for African Telecoms.

The African Telecoms M&A Panel, which features Heads of Telecom from the most active investment banks and global law firms is also expected to be especially important this year as many industry experts predict a surge in transactions across African telecoms over the next 12- 18 months, and a shift in the type of deals taking place. The African telecoms market is ripe for consolidation but deals are complex and will take significant structuring say experts.

The sale and leaseback of telecoms infrastructure, especially passive mobile tower assets, is spreading across the continent and is expected to be a major driver of deals. The major tower operators seeking acquisitions are represented at the conference – Helios Towers Africa, Eaton Towers and IHS. IssamDarwish, CEO of IHS, one of Africa’s leading telecom infrastructure businesses, who is speaking on the mobile towers panel, said in a recent interview that 700,000 new mobile towers sites are needed to bring the whole continent to 95% capacity which would require US$30bn to US$50bn of investment.

With this in mind the Raising Finance for Africa and Investment Models for Next Generation Networks Sessions are also generating significant interest. The Investment Models for Next Generation Networks Session, which is subtitled Is Open Access the Future, is chaired by Peter Lyons, Head of Spectrum for Middle East and Africa of the GSMA. The Raising Finance Panel, which is chaired by Simmons & Simmons, features ING Wholesale Banking, Investec, Huawei Customer Financing , IFC and the World Bank and former Vodafone Ghana CFO.

Now in its third year, the TMT Finance & Investment Africa (www.tmtfinance.com/africa) brings together the major players from the telecom, finance and advisory community in a series of leadership panel debates, keynote speeches, and intensive networking sessions for delegates. The programme features over 30 speakers from leading operators, investment banks, vendors, investors, advisers and regulators.

The conference, which is part of a global series on telecom finance and investment, is sponsored by Clifford Chance, Ernst & Young, Altobridge, Simmons & Simmons, Capital MSL, EM Finance Consulting and CE On-Demand, and produced by TMTFinance.  For more details on the programme and registration opportunities visit www.tmtfinance.com/africa/programme