WOMEN IN FINANCE: GETTING ON THE BOARD 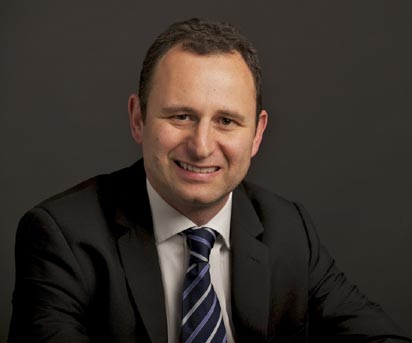 fdu group’s Adam Bloch believes it is time for more boards to introduce more women to the CFO role and looks at the difference between the UK and the US in making this happen.

How many women are on your board? Probably not that many. In the UK women account for 17.3% of FTSE100 and 13.2% of FTSE250 board members across function, an increase of nearly 50% since 2010. In particular the female CFO is under represented with only seven female CFOs in the UK’s FTSE250. A recent report by Lord Davies of Abersoch, ‘Women on Boards 2013’ put the onus onto UK companies to increase the presence of women on boards to 25% by 2015. I believe they have some way to go in order to achieve this.

The US was in a similar position with 54 female CFOs in the US Standard and Poor’s 500 Index in January, but according to a Bloomberg ranking study it’s seen an increase of 35% in female board representation within the top 500 in the last year after a huge push by companies to encourage more women to the board.

Liz Huebner, former CFO for Getty Images, who is now Board director at Blucora where she also chairs the Audit Committee says US companies are concerned about the lack of females on boards: “The figures are rising for CFOs but very slowly. Some states in the US have taken affirmative action, where they select women to readdress the balance. On my board, there is only one woman and we have an opening. One of the top three criteria is that the next member is a woman. ‘If you don’t ask, the chances of it happening aren’t very good,” adds Liz.

Alison Carnwath, the UK’s only female chair of a FTSE100 company board, Land Securities, believes there’s no shortage of females who could take the role. “Capability and supply have changed so much so that it’s now generally recognised that many females are ambitious for board appointments and sentiment is less prejudicial than it used to be. Those who rise to the top of business, do so and should do so, on merit. Equality cannot be overriding here.”

“There’s generally a longer established pipeline of females who have come up through the legal and accountancy professions than say marketing or graduate schemes. Women don’t always want to give up their entire life to such a highly pressurised role as a CFO, but there’s been a steady increase of those who aspire to that role,” suggests Alison, who is also a CFO mentor. She believes there are more CFOs in the US because women working higher up are audible and championed by the press.

And in the US more young females are majoring in accountancy, currently representing over 50% of those recruited into finance roles. Liz adds: “It’s a great field that gives you the opportunity to use skills that sometimes women are better at. You have to be very collaborative, work across many lines of responsibility and be pretty persuasive.”

The US is more open to change and progression. Boards in the UK should expand searches to a more diverse pool of candidates in order to enable positive change in the overall economy. Diversity theory is a strategy for building a better board, including identifying qualified women to pursue careers as future directors. Why not have boards sponsoring women in senior management to pursue board positions in other companies?

While traditionally, the membership of board appointments in the UK has been made by the ‘old boy’s network’, things are slowly changing. Boards are beginning to look further afield. This, combined with true position specification of the CFO role, will ensure a wider selection of the best people for the job, and be more likely to increase the pool of women too.

However, there are still some challenges for ambitious women. Sex discrimination cases are hard to prove in court. Tania said: “The degree of sex discrimination (if any) at senior level is difficult to quantify. Although the compensation for discrimination is not capped so the stakes are high, there are very few reported tribunal cases because many are settled outside of court.”
Making the necessary comparisons for a discrimination case, however, can be tricky. For example, Tania mentioned cases where female employees have argued that they were dismissed because their male bosses’ female partners did not want them around – would that have been the same if they had been men?

Another challenge women deal with is how to balance careers with childcare. Even though attitudes are changing in terms of company laws and flexibility, for most, having a family cannot be ignored. For Liz it meant returning to work after only seven weeks. “I was in a senior position and felt I had to get my work done. Women in the US only have three months maternity,” she adds.

In the UK women can elect to go back to work if they want and can elect for the husband to share in the childcare. Alison adds: “There’s no doubt about it if you’re off work for a year it’s going to be more difficult to slot back in.”

Female finance professionals are often pigeonholed on support and control-orientated roles, rather than being seriously considered and accepted as strategic executive leaders. More transparency of real recruitment criteria and publishing of companies’ statistics would improve the status quo.

Alison said: “It’s up to all of us women, who want to make it to this level to do our jobs properly and make it known that we are up for further promotion and ambitions; to get annoyed if we have male bosses in the dark ages. We never ask that question of men – how can we encourage them – we are all competing equally here and so we should.”

Confidence is returning to the market but top talent is still cautious about moving between companies still exists, so an employer needs to put in place means of retaining and continually training their employees. By ensuring talented employees, no matter what their gender, are given the ability to develop their careers and achieve company and personal goals – companies will not only help to meet Lord Davis targets, but may just be giving their board the skills it needs to succeed in a rapidly-changing world.

Adam Bloch – co-founder and managing partner of fdu group Adam has 16 years consulting and advisory professional services experience with global public and private companies. He has a background in board and executive level recruitment in multiple industries with a particular interest in the technology, media and communications sectors.

fdu group– fdu provides companies of all sizes with access to the finance expertise they need at every stage in their business lifecycle. They offer a unique combination of executive search and recruitment on a full-time, interim and part-time basis and expert advice and practical resources to help companies meet their performance goals.