When it all falls down: the collapse of the Asda, Commerzbank and EDP deals and what it means for M&A 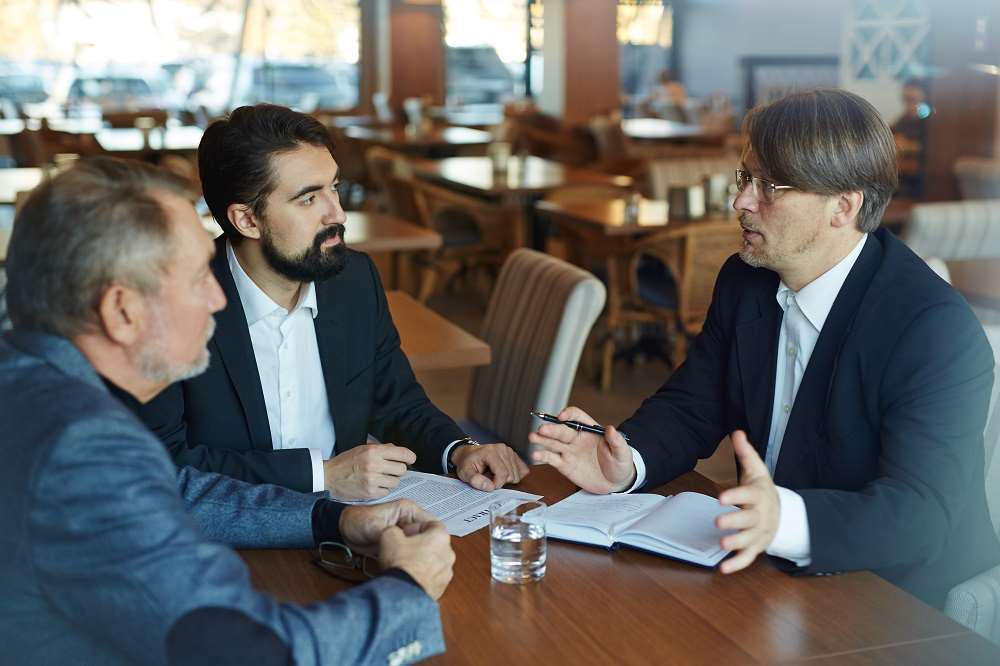 To lose one deal may be considered unfortunate. But for three to collapse on one day that would have been worth a combined EUR 31bn in equity value, appears closer to calamity than bad luck.

Yet by lunchtime on 25 April,Sainsbury’s and Asda; Deutsche Bank and Commerzbank; and Three Gorges and EDP had all effectively become scrapped deals.

While each fell apart for different reasons, it will come as yet another blow for an M&A market in Europe which is already under pressure.

European M&A figures have been falling the past 12 months. Year-to-date, 2019 has secured the lowest value of dealmaking since 2013, according to Mergermarket data.

The number of large deals being struck by corporates is also softening and CEOs up and down the FTSE, CAC and DAX, for example, may begin questioning the viability of large-scale takeovers and instead turn attention elsewhere to find growth.

So far, just one deal priced above EUR 10bn has been announced – Novartis’ Alcon spin off – whereas each of the four years prior to this, an average of five such deals had already been announced, according to Mergermarket data.

The collapse of the Asda, Deutsche Bank and EDP deals also represented the first time three separate deals had lapsed during a single trading session in Europe since 23 May 2008, according to public deals tracked by Dealreporter.The previous biggest day for multiple deal failures in terms of implied equity value (IEV) was even further back, on 24 March 2006, when the acquisition of Darty plc by an undisclosed bidder and Prudential by Aviva worth a combined EUR 26.5bn, both failed. 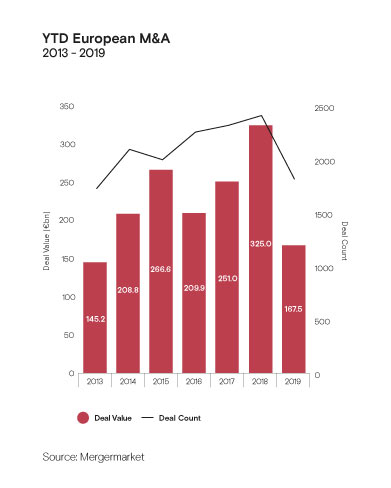 From the start, a Sainsbury’s and Asda tie-up looked fraught. Together, the supermarkets would have held an approximate 30% share of the UK supermarket industry, which on reflection made the CMA’s decision, announced this morning, not unexpected.

Focus will likely now turn to what lies ahead for each of the retail giants. Asda’s owner, Walmart, has already stated it will “[continue] to position Asda as a strong UK retailer delivering for customers”, suggesting it has no immediate plans to exit. But that does not mean some would-be suitors won’t be casting admiring glances towards the GBP 22.2bn turnover supermarket.

KKR was named last year as a potential interested party for Asda, as was Marks & Spencer, yet that was before it struck its own partnership deal with Ocado.

The deal may be remembered as much for Sainsbury’s CEO, Mike Coupe, unwittingly caught on camera merrily singing ‘We’re in the money’, as for the intricacies of the transaction. But Sainsbury’s saw 5%, or close to GBP 250m wiped off its share price when the deal collapsed. That took its stock price close to five-year lows and not far above levels in the late 1980s.

The deal had the misfortune of joining a growing list of scuppered deals. Deutsche and Commerzbank was another transaction which could at best be described as touch-and-go: the deal has been talked about for years. When the two finally entered talks it soon became clear there was little merit to a transaction.

The two banks called off their proposed tie-up because the benefits from a potential merger failed to outweigh associated risks in the form of executing, restructuring and capitalising the enlarged entity, according to a statement at the time.

Elsewhere, Three Gorges’ proposed EUR 12.5bn takeover of EDP hit the skids over a lack of support from shareholders.

The three deals were different types of deals, abandoned for different reasons but they all had one thing in common: they were very large. Already a tough year for M&A, their collapse represents a further disappointment for dealmaking in Europe. Already, there has been evidence that the volume of deals being completed is declining in the region. If large transactions also begin to dry up or existing deals fail, deal values have the potential to decline precipitously. Year-to-date transaction value in Europe is little over half the level hit in the same period during 2018. At its current run-rate, deal flow is on course for its worst year since 2013, in the midst of the eurozone crisis. Deal count is also down for the first time since 2015.

The bottom line is that 25 April 2019 marks one of Europe’s worst days in dealmaking since the onset of the financial crisis.

Anti-automation: the importance of people in process