We’re all talking about inflation – but can anything beat it? 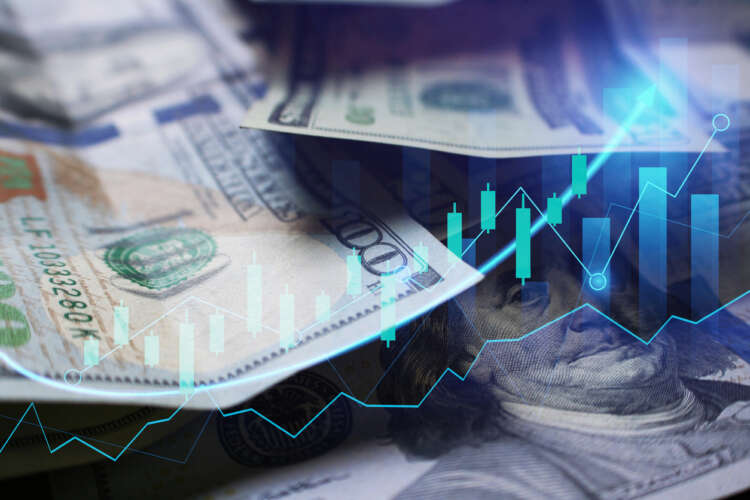 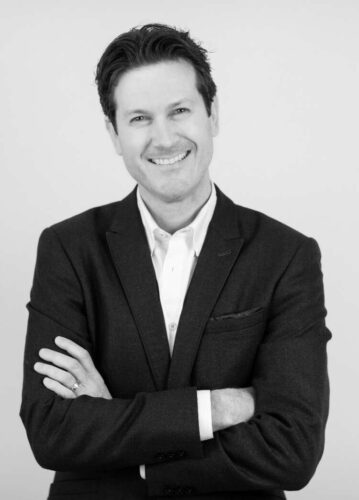 Inflation is at its highest official rate in 30 years, yet the current monetary system is only 50 years old. Unfortunately, fiat currencies are long past their shelf life.

Lessons haven’t been learnt since the Global Financial Crisis in 2008, with global debt continuing to pile up ever since. And the COVID-19 pandemic has only made matters worse. The value of fiat currencies has further plummeted and consumers and savers are feeling the impact.

The latest ONS figures indicate that UK government debt is at 104% of GDP, and the US situation is even worse. Although there has been a slight drop since its peak, the US federal debt remains over 120% of GDP.

Inflation is running riot, too. The UK’s official rate is 6.2%, although many see the actual rate far in excess of this with the prices of many key products soaring at a faster rate. The latest forecast is that we’ll see 8% inflation in the UK sooner rather than later, making the Bank of England’s target of 2% seem like a figure plucked from thin air (that the central bank never had control over). US inflation is at 7.9% and rising quickly, and is already at the highest level in 40 years.

Can this go on? Unfortunately, yes. Central banks are likely to keep ‘printing’ money digitally, further devaluing fiat currencies. Less than 4% of pounds sterling are printed as banknotes, meaning over 96% of pounds are little more than a keystroke on a computer.

And the impact on our cash and savings is clear. Inflation devalues people’s earnings and dilutes the value of bank customer’s savings.

To make matters worse, bank accounts are paying savers historically low interest, with many high street banks offering less (and often much less) than 1% interest on savings accounts. This is despite recent 0.25% interest rate rises announced in February and March by the Bank of England. Clearly, this 0.5% rate rise over the past two months hasn’t been passed onto most customers.

Saving with traditional banks works to the detriment of the customer, who receives a minuscule amount of interest compared to the interest the bank makes from leveraging the customer’s savings. Savers see the spending power of their savings eroded when they entrust their funds to banks. This disincentivizes saving and demotivates productivity. It also undermines any sense of security or trust  – 33% of UK adults fear that their money isn’t safe in the current monetary system. This rises to almost half (48%) of 18-24-year-olds.

Savers need a solution designed to address the monetary trap they’re caught in. Fiat currencies have proven that they are no longer fit for purpose for savers, especially in the current period of rampant inflation. As inflation soars, the diminishing purchasing power of fiat currencies quickens.

There is only one dependable option for those looking to combat the effects of inflation. Over the last year, gold prices have risen 15% – a return that savers with traditional banks couldn’t dream of. Over the last five years, gold has grown by around 57% against the pound, a figure that takes into account the price dip in the summer of 2020. Looking at  longer term figures, over the last 20 years the value of the pound has fallen 89% against gold or, put another way, the gold price has climbed 540% in value against the pound.  And this trajectory is far from unique. Historically, gold is proven to consistently grow in value over time against every fiat currency.

The below graph demonstrates how closely the gold price tracks inflation. Whilst the CPI index depicted in the graph shows how the cost of living has surged since 2013, the value of gold has nearly doubled over the same period.

In the below, the GBP price per gram of gold is shown on the left side and the inflation index is shown vertically on the right side, showing the strong correlation between the rising value of gold and the rising cost of living. This demonstrates the solution that Tally offers – an inflation-fighting commodity currency that protects the value of people’s money. 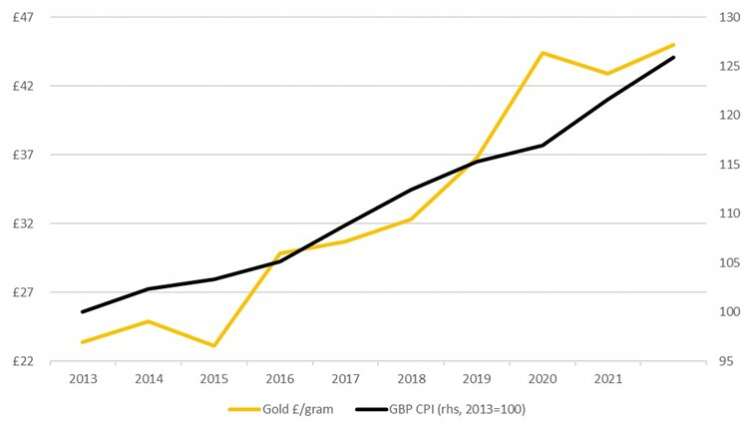 The current financial climate means it’s vital that people use a form of money that can hold its purchasing power. The incumbent system not only sees the purchasing power of cash decline, it also restricts control people have over their money and puts them at risk from  the systemic failings of fiat currencies.

It’s no wonder that alternative currencies have soared in popularity in recent years. Our research shows that 38% of UK adults would use an alternative currency to protect their savings if the safety of their money is guaranteed – this jumps to 53% of 18-24 year-olds.

People may have long wanted change, but there were no viable alternatives to the pound for use as everyday money. This is no longer the case.  As a full-reserve monetary system and payments platform that uses gold to protect account holder’s money, Tally, offers a choice in the type of money we use everyday.  A reliable asset-based money  insulating earnings from rapidly rising inflation and protecting consumers from risky banking practices. And now more than ever depositors and savers are realising they need to try  a secure alternative everyday money.

Six techniques business leaders can use to innovate