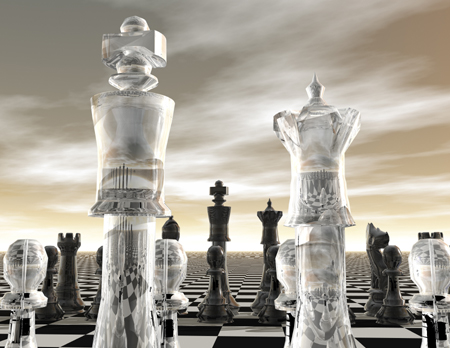 Despite a lot of media attention and high profile launches, the UK’s challenger banks such as Metro and TSB have yet to win over consumers in their fight to gain market share from the big four banks – Lloyds, HSBC, Barclays and RBS. There was yet more discouraging news last week for challenger banks: according to new research by law firm Pinsent Masons and YouGov only 16% of us would be likely switch to one of them in the next two years.

Coming hot on the heels of a competition watchdog report showing that the big four still control more than 70 per cent of personal current accounts, this is further evidence of Britons’ reluctance to entrust new bank brands with their cash.

It is somewhat surprising that challenger banks are still not making a firmer impact on consumers. On the whole, they offer far more attractive rates and terms than the established players. And as if that was not enough, regulators have been doing all they can to encourage switchers.

Yet it appears to be all in vain. Figures from Bacs, the payments company, showed there were just 1.1m bank account switches in the year to the end of June, marking only a slight increase on the year before. About 79% of current account holders have not even looked to see if there was a better deal elsewhere in the past year, according to the Competition and Markets Authority.

However, this may be about to change. With mobile technology such a core part of the way consumers interact with brands and spend their money, it’s no surprise that this technology is also starting to take centre stage when it comes to banking. The way we bank now, a joint report by the BBA and EY published earlier this year, revealed that UK customers downloaded banking apps on 22.9 million occasions by the end of March– a rise of 8.2 million in just one year. The report also shows that customers moved £2.9 billion a week using banking apps in 2015 – up from £2 billion in 2014.

This trend opens up a huge opportunity for challenger banks, a fact they are starting to become well aware of. This week, Anthony Thompson, chairman of the digitally-focused Atom bank which launches next month, described attempts by traditional banks to keep up with digital and mobile technology as ‘putting lipstick on a pig’. He said that although these banks were trying to be ‘cool and hip’ by offering slick looking mobile apps and digital banking options, the technology and infrastructure behind these systems were archaic and outdated, and therefore doomed to failure.

So with brands built around modern consumers and the technology they have learnt to love and depend upon, is this finally the chance for challenger banks to take the lead and prove themselves as the brands of the future in the banking sector? If so, the solution must lie in how they build a brand for themselves and market this advantage to potential customers, incentivising them to make the switch. Mobile technology is clearly a big pull for customers so it’s vital that challenger banks focus on this in their brand building, their marketing and their communication with customers. Making this meaningful connection and reinforcing the message that only they have the infrastructure and capabilities to deliver the service and solutions that people have come to expect will vastly increase their chances of poaching custom away from the Big Four.

And what does this mean for the traditional banks themselves? The reason that customer loyalty remains so high here, despite the struggles surrounding the financial crisis, is that these banks have spent decades building their brands and are now household names. From NatWest pigs to the Barclays Premiership, from the Lloyds horse to HSBC ads before you board the plane, these are brands that have been around us all our lives, which have subtly and deliberately forged positive associations in our minds.

But with challenger brands now armed with the technological argument, this could be about to change. Now is the time for the traditional banks to reassess their brands and ensure that they are still making the emotional connections with consumers that ensure they won’t be tempted away by the Atoms and Metros of this world. They need to convince people they are still relevant, credible and focused on the needs and priorities of their customers to remain in this fight for the long term. What is certain is that the battle between the old banks and the new challengers is far from over, and we can be sure to expect more fighting talk from the likes of Atom before the battle is won.

NOT SO GREAT EXPECTATIONS