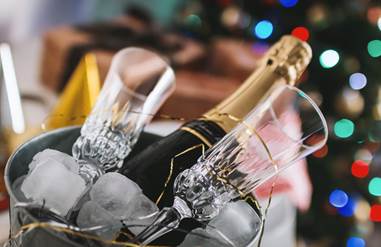 New research has shown that a significant number of the UK public regret spending money on events they felt obliged to attend, including birthday parties, weddings, family parties, and work drinks.

A quarter (24%) of UK workers also expressed regret on spending money on presents for colleagues, including via Secret Santa, over the past 12 months, according to new research from 118 118 Money.1

One in seven (15%) also felt remorse about buying drinks for colleagues; however, on special occasions such as the office Christmas party, 88% were happy to treat co-workers.

The survey, which investigated the events and items we feel obliged to spend money on, found that 8.8 million[2] (17%) of us spend money on financial obligations we feel we can’t avoid 2 to 3 times per month.

It seems the younger generation feels the least enthusiastic about spending their hard-earned cash on their colleagues, with two in five (40%) of those aged 18-24 admitting feeling regret after treating their workmates. This is compared to one in six (15%) of those aged 45 – 54 and just 6.1% of those aged 55-64.

Looking at occasions outside of work that often require some financial contribution, birthday parties came out on top as the obligation people regret spending money on the most (38%), with weddings following close behind (35%), then hen and stag parties (24%) and family parties (22%).

“There can often be pressure, especially for younger people, to spend money to keep up with their peers when it comes to events and obligations.”

“If a younger person is new to the workforce, they may spend more money than they can afford on presents for their colleagues or socialising to make a good first impression. Although it can be tempting to keep up with everyone around you, it’s wise to say no if you feel you may be struggling financially due to overspending.”

IT security is not a cost, but a business investment