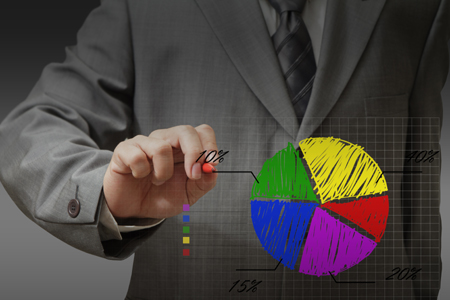 The financial services sector has stepped-up its demand for non-EU workers as shortages of local talent worsens, according to SJD Accountancy, the UK’s leading contractor services provider.

Over the past 12 months there were 6,843 applications for work permits in the financial services sector, up from 6,270 the previous 12 months, a rise of 9.1%, and the highest level since before the recession.

This comes at a time when financial services employers have expressed concern about how the immigration cap on non-EU workers, which was hit for the first time in June and July this year, is making it harder to recruit internationally.

SJD Accountancy points out that London as a global financial centre relies on an international workforce and that demand, particularly for contractors, with niche skills and among boutique finance firms is rising.

Simon Curry, Chief Executive Officer of SJD Accountancy, comments: “Many roles in the financial services sector were left vacant this summer after the immigration cap was hit for the first time. The rise in visa applications shows that the financial sector is recovering strongly but will be stifled if it cannot get the skills it needs.”

“With competition for the 1,650 monthly visa allocations intensifying across various sectors of the economy, the financial services industry is likely to find it increasingly difficult to source the skills it needs, potentially leaving an ever-greater number of roles unfilled. Graduate recruitment schemes have already been affected, and that situation is likely to worsen as the economy grows.”

“One of the reasons why London is a successful financial centre is its global outlook and highly skilled workforce. If businesses can’t access the skills they need, London’s position as an international finance hub will be weakened.”

He adds: “Where possible, businesses recruit local talent to meet their needs. There is an additional cost to recruiting from outside the EU, so if hirers are going down this route, it strongly suggests that shortages of niche skills are becoming more acute. Delays in securing talent can negatively impact competitiveness.”

Applications for visas for work in financial services​ According to SJD Accountancy’s bi-annual contractor survey, the proportion of financial services contractors earning more than £750 per day has nearly doubled in the past year, from 6.3% to 11.6%, as demand for contract skills in financial institutions surges.

Other indicators point to strengthening demand for contractors in financial services. Joblessness among contractors in the financial services sector continues to fall. 94.6% are currently in work, up from 93.2% in Q2 2014. Contract lengths are also increasing. Just 5.8% of contracts are for three months or less, compared with 8.8% the same time last year.

Simon Curry says: “The increase in the average contract length is a positive indicator that hirers are becoming more confident about their medium-term requirement for skills. Contractors are increasingly in a position to negotiate a pay increase or move to a competitor once a contract finishes, so a longer term contract is a good way for hirers to hedge against skills shortages and control costs by locking contractors in.”

THE TRUTH ABOUT INTEGRATED REPORTING