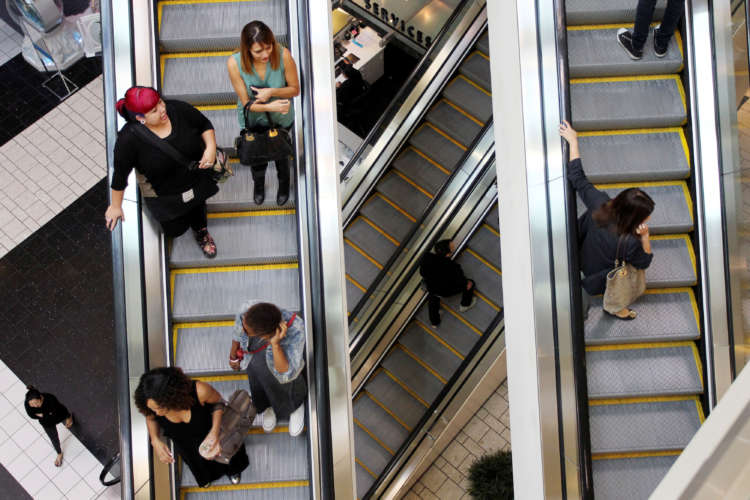 WASHINGTON (Reuters) – U.S. consumer confidence raced in March to its highest level since the start of the COVID-19 pandemic, supporting views that economic growth will accelerate in the coming months, driven by more fiscal stimulus and an improving public health situation.

The survey from the Conference Board on Tuesday also showed consumers were fairly upbeat about the labor market, with a measure of household employment rebounding after three straight monthly decreases. Restrictions on non-essential businesses are being rolled back as more Americans get vaccinated against COVID-19.

That, along with the White House’s massive $1.9 trillion pandemic relief package, has led economists to predict the economy will experience its best performance in nearly four decades this year. The survey showed more consumers intended to buy homes, cars and household appliances over the next six months.

“Consumers finally are fully on board with the pending expansion,” said Robert Frick, corporate economist with Navy Federal Credit Union in Vienna, Virginia. “What remains to be seen is how quickly services industries such as travel and leisure will open up, allowing venues for consumers to release their pent-up demand.”

The Conference Board’s consumer confidence index jumped 19.3 points to a reading of 109.7 this month, the highest level since the onset of the pandemic in March 2020. The increase was the largest since April 2003. Confidence remains well below its lofty reading of 132.6 in February 2020. Economists polled by Reuters had forecast the index would rise to 96.9.

The survey’s present situation measure, based on consumers’ assessment of current business and labor market conditions, soared to a reading of 110.0 from 89.6 last month.

The expectations index, based on consumers’ short-term outlook for income, business and labor market conditions jumped to 109.6, the highest in nearly two years, from February’s reading of 90.9.

Stocks on Wall Street were trading lower. The dollar rose against a basket of currencies. Prices of shorter-dated U.S. Treasuries were down.

The survey’s so-called labor market differential, derived from data on respondents’ views on whether jobs are plentiful or hard to get, rebounded to a reading of 7.8 this month from -0.8 in February. That was the highest reading in a year. The measure closely correlates to the unemployment rate in the Labor Department’s closely-watched employment report.

The rise fits in with expectations for a sharp acceleration in job growth this month. According to a Reuters survey of economists, nonfarm payrolls likely increased by 650,000 jobs in March after rising by 379,000 in February. The government is due to publish March’s employment report on Friday.

The relief package passed this month is sending additional $1,400 checks to qualified households and extending the government safety net for the unemployed through Sept. 6.

First-quarter gross domestic product estimates are as high as a 10.0% annualized rate. The economy grew at a 4.3% pace in the fourth quarter. Growth this year could top 7%, which would be the fastest since 1984. The economy contracted 3.5% in 2020, the worst performance in 74 years.

The Conference Board survey showed the share of consumers expecting an increase in income over the next six months rose to 15.5% from 14.8% in February. But the proportion anticipating a drop increased to 13.3% from 12.9% last month. That could be because most government subsidies, which have boosted income for lower-income households, will start running out after the summer.

More consumers expected to purchase homes, motor vehicles and major household appliances compared to February. Consumers’ inflation expectations over the next 12 months increased to 6.7%, the highest since March 2011, from 6.5% in February.

“It appears that rapidly rising gasoline prices are starting to dampen confidence,” said Lydia Boussour, lead U.S. economist at Oxford Economics in New York. “While consumer spending growth is poised for a historic acceleration this year, the expected rise in inflation will act as a restraint.”

The jump in house-buying intentions suggests demand for homes could remain strong and continue to drive up prices as supply remains tight. The housing market is being powered by demand for more spacious accommodations for home offices and schooling. It remains strong even as the 30-year fixed-rate mortgage has risen to a nine-month high of 3.17%.

A separate report on Tuesday showed the S&P CoreLogic Case-Shiller house price index soared 11.2% in January from a year ago, the fastest in 15 years, after rising 10.4% in December.

Robust house price inflation was confirmed by a third report showing the Federal Housing Finance Agency house price index shot up 12% on a year-on-year basis in January after increasing 11.4% in December.

“A wave of eager buyers is being forced to act swiftly and face heightened competition for the few homes available,” said Matthew Speakman, an economist at Zillow. “The combined dynamic is pushing prices upward at their strongest pace in years, and it doesn’t appear that there is an end in sight.”

Wells Fargo plans to bring workers back to office in September

VW confirms it will rebrand its U.S. unit as ‘Voltswagen’