Bank of England will have to act to contain inflation - Bailey 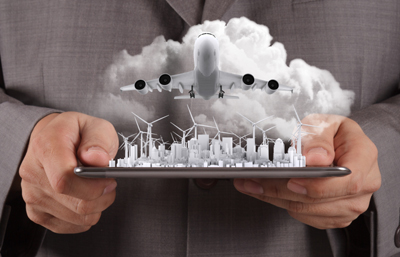 UK financial services employees feel underpaid and undervalued, despite the industry’s return to growth. At the end of the 2014 bonus season, 68 percent of banking employees were not satisfied with the level of their bonus payouts and 75 percent felt they should be paid more overall.

These are the findings of the Hays Bonus Satisfaction Survey 2014, a report published today by Hays, the leading global professional recruiting group.

Junior staff, who tend to work long hours yet receive bonuses which are smaller than those of longer-serving colleagues, are the most disaffected group. Almost three quarters (74 percent) of those with one to two years’ industry experience said they were dissatisfied with their latest bonus.

Corporate governance professionals are the happiest employees in the banking sector. Nearly half – 48 percent – said they were satisfied with their 2014 bonus, compared to just 29% of front-office employees.

Overall, women appear to be more satisfied with their rewards – 44 percent of women said they were happy with bonus levels compared to 39 percent of men.

The report, titled ‘The Year of Great Expectations’, examines the attitudes towards bonus and overall remuneration levels, based on a survey of over 1,000 UK financial services professionals.

Although the banking sector appears to be back in growth mode, this is creating a new set of pay challenges for employers as communication around bonus packages breaks down. In 2014, less than half of those who saw their bonuses slashed say they had been warned of this in advance. This is in stark contrast with the 77 percent who received advance warning to expect a smaller bonus in 2012. If banks want to hold on to talented staff, they need to manage expectations in the good times as well as the bad.

Geoff Fawcett, Financial Markets Director at Hays, said: “Getting remuneration right is one of the biggest challenges facing financial services industries. With constant headlines on soaring banker bonuses, it can be difficult to manage expectations. We’re also talking about an extremely well-networked group of professionals who will often compare their pay levels to those of peers who do similar jobs in other organisations.

“Job opportunities for banking professionals are on the up and employers have to ensure they handle sensitive issue like bonuses with care. Otherwise they will find themselves losing key staff as rivals gear up for growth.”

BIG DATA IN BANKING: HOW BNP PARIBAS IS ANSWERING QUESTIONS WITH ITS DATA