TRAVEL LATEST SECTOR TO EMBRACE THE BENEFITS OF ALTERNATIVE LENDING 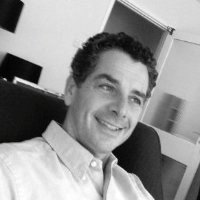 Globally the alternative lending market has soared. Capitalising on banks’ deleveraging of their balance sheets alternative lenders have rapidly expanded, with companies and consumers embracing various forms of alternative finance such as crowd funding and peer to peer lending. The trend is also sweeping across market sectors, with travel and tourism the latest to embrace alternative lending and a wider array of options to pay for travel.

Enrico di San Marzano is a former senior figure at the UK’s TUI Travel Plc with thirty years’ experience in the travel industry, and is now Co-Founder and Chief Operating Officer of Travelfund, the innovative first-to-market virtual storecard for travel. Below he explains how introducing alternative lending and payment methods to travel bookings is benefitting consumers but also has the potential to increase revenues in the travel sector and boost economic growth.

Travel is a major contributor to the GDP of most countries. For example, in the UK, the overall travel market is worth some £36 billion annually, forecasted to grow to £40+ billion within the next three years. As the UK economy continues to recover the holiday market is set to expand rapidly. The number of holidays taken by UK consumers is expected to increase by over 10% to an estimated 100 million holidays by 2017, compared to the market’s low point in 2010.

However, recently holiday expenditure has come under pressure. For instance, in the 12 months since June 2013, UK residents’ trips abroad increased in number by 5%, but the expenditure on these trips actually decreased by 3% in the same period. The statistics are particularly bad for the summer months, which should be peak holiday season: in the months April to June the number of trips abroad decreased by 1% compared with the previous year, but expenditure decreased by 23%.

Since the recession, consumers have struggled fund their holidays. Disposable income is still tight: the disposable income of a middle-earning, working-age household in the UK was £31,100 in 2007 but now stands at £29,900. It is hardly surprising, then, that while holidaymakers may be as keen as ever to go abroad, they are less willing to spend extra money to do so.

The travel industry has responded by allowing customers to pay for holidays in instalments, instead of paying up front. Major Holiday providers such as Loveholidays.com, British Airways and Jet2holidays allow customers to pay an initial deposit up front and complete the remainder of their payment in instalments before their holiday.

However there is an increasing demand for a service which would allow holidaymakers to pay after, rather than before, their holiday. A YouGov consumer survey found that 35% of all holidaymakers, and 48% of 25-34 year olds, would prefer to spread the cost of their annual holiday over 12 months.

Paying for holidays by instalment has been popularised in the US by PayPal’s Bill Me Later, which earlier this summer was rebranded as PayPal Credit. Bill Me Later was founded in 2000 and acquired by Ebay in 2008. The company allows customers six months interest-free to pay for bookings made via major agencies including BookIt.com, US Airways and Delta.

At Travelfund, our new service allows customers to open an instant credit account of up to £2,000 to fund their holiday with travel brands that consumers know and trust. They can use their credit account to pay for individual holiday elements, such as flights or hotels or a combination, or a tailored holiday package. The APR rate depends upon the individuals’ credit score and risk profile with 19.9% being the indicative rate.

For consumers, the service allows them to fly before they pay in full and spread the cost of their holiday over a period of up to 12 months from the time of booking, with no hidden costs and no redemption penalties for early repayments and overpayments.

Travelfund is partnering with leading tailor-made-holiday specialists TravelPack and Advance Payment Solutions LTD (APS), one of Europe’s foremost payment solutions companies, to launch this service. Customers will initially need to make their holiday bookings through TravelPack, and the loan funding will be provided by APS, which is authorised and regulated by the Financial Conduct Authority as a consumer lender.

A platform such as ours has the potential to boost all-round revenue from holiday spending. It is user-friendly for consumer and helpful to businesses, by allowing various holiday services to be included in bookings, such as hotels, airlines and tours. It also encourages customers to pay for extras as part of payment deals, such as extending their holiday, upgrading their hotel room or booking extra excursions.

This payment method also offers the potential to increase conversion rates by tapping into existing consumer habits of making last minute purchases online. Our current data for the past three months since we launched, show that 58% of the departure dates for holidays were under 45 days from booking. So as well as adding capacity to the market we are also putting some much-needed spontaneity back into the travel market too. Anyone free for a trip to Marrakech this weekend….?