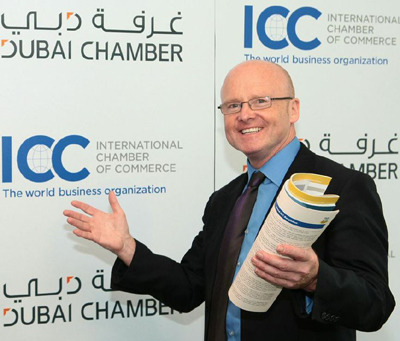 The ICC has long been an advocate of trade finance as a means to unlocking global economic growth. Our two most recent reports have, however, added fuel to our fire with respect to providing useable data that both the market and policy-makers can use when assessing the impact of trade finance.

Together, the Global Survey 2014: Rethinking Trade and Finance (the “Survey”) and the Trade Register Report 2014 (the “Register”), form a powerful body of work for the ICC’s advocacy of trade finance as a low risk financing technique, aimed at fostering global economic growth.

Of the Survey’s findings, one of the most important is the stated shortfall in the availability of trade finance globally. Another is that there is room for cautious optimism in terms of trade growth, with global trade growth expected to gradually strengthen at a projected annual growth rate of 5.1% by 2016.

However, at a shade above 3% in 2013, trade growth has slowed. And if we rewind back to a time before the global financial crisis of 2008-09, global trade grew close to a pace double that of GDP. Now, however, trade has fallen to grow at around the same rate as GDP.

Several factors seem to be contributing to this decline in growth, of which the starkest – as stated – is the fact that the availability of trade finance is well below demand. According to the Survey’s respondents, some 41% believe that additional liquidity is required to support current trade flows. This is mainly due to the continued perceived risk – as well as banks still repairing their balance sheets – yet other factors are at play, of which the most interesting is the impact of regulatory changes.

THE IMPORTANCE OF EMOTIONAL INTELLIGENCE IN FOREX

FIND OUT ALL ABOUT MOMENTUM TRADING WITH LEE SANDFORD