The Somalia Stock Exchange: Somalia to Enter New Phase in Its History 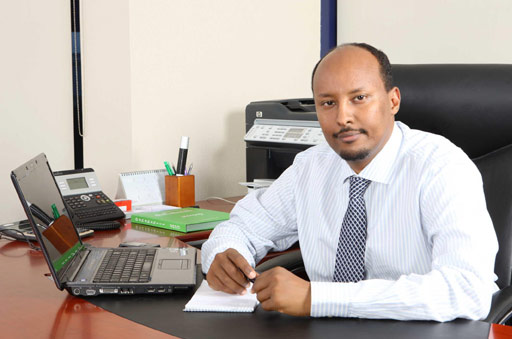 Abdirashid Duale, CEO of Dahabshiil Group
Last month the Somalia Stock Exchange Investment Corporation (SSE) signed a Memorandum of Understanding with the Nairobi Securities Exchange (NSE) to begin the process of establishing Somalia’s first ever stock exchange. As CEO of the leading financial provider, Dahabshiil, as well as a member of the Somali business community, I welcome this development. Somalis are rightly proud of their tradition of trade and commerce. Many are adept at investing in global markets, and shares of large Somali companies are already traded in a thriving informal market. Remittances from the global diaspora, which are part of Dahabshiil’s core business, have played an essential role in the growth of the private sector.

Dahabshiil, which is one of Africa’s largest money transfer operators, has seen remittances to the Somali territories rise by about 20 per cent in recent months. To the savvy investor, the Somali territories present many attractive opportunities – something often overlooked by international investors. Livestock, money transfer, telecoms and energy have all flourished despite the trials of the last twenty years. A formal, active stock exchange would give more firms access to equity finance, and would better mobilise foreign and domestic capital for long term business growth.
As an ultimate goal, therefore, few would doubt the economic benefits of a functioning market for securities. The challenge will be to create the conditions in which it is most likely to deliver those benefits. Sound political, legal and financial infrastructures are needed. It is true that the past year has seen significant gains – the overall security situation has greatly improved and a new government has been elected in the capital of Somalia, Mogadishu.
The surge in foreign assistance from countries such as Turkey is an encouraging vote of confidence, both in the viability of the private sector and in the long run prospects for stability.
The benefits of a stock market depend in large part on its liquidity. More buyers and sellers means lower risks associated with long payback periods because investors can easily sell their holdings. Liquid stock markets can therefore boost investment in more ambitious and profitable long term ventures, helping to put the economy on a more stable footing. Due to demand from companies seeking listing, a formalised stock market also offers new growth opportunities to law, accountancy and consultancy firms. This in turn strengthens the overall credibility of the financial system as a whole. But for capital markets to realise their full potential as catalysts for efficiency and growth, they must be expanded and standardised. The establishment of an official exchange is clearly an important step in this process, and Dahabshiil welcomes this development.
As global markets became progressively deregulated and internationalised, African countries sought to keep pace. Before 1989 there were only eight stock exchanges in Africa – today there are 29. Market capitalisation has grown rapidly, but in most cases the majority of it is accounted for by just a few large companies, and is still very low in relation to GDP. Particularly within the East African Community (EAC), this and poor liquidity have been significant drags on stock market development. Due to the high costs involved in listing and issuing securities, large firms have often reaped the rewards while smaller firms have been shut out.
Policymakers are therefore striving to find ways to distribute the benefits more widely throughout the private sector. Most initiatives to that end have been based around greater automation and harmonisation of market infrastructure to encourage higher trade volumes and cross-border transactions. In East Africa (and in particular the EAC) the Nairobi Stock Exchange – by far the largest and most established bourse in the region – has played a central role in guiding the Community’s smaller exchanges in the direction of greater integration and liberalisation.
Although Somalia is not an EAC member, Dahabshiil believes there are good reasons to be optimistic about the NSE’s commitment to this project. Kenya is home to a large Somali diaspora that is actively engaged in business, and the commercial ties between Kenyans and Somalis are very strong.
Other regions have also pushed ahead with integration. Based in Abidjan, Ivory Coast, the Bourse Régionale des ValeursMobilières (BRVM) is a regional stock exchange that serves eight West African countries. Trading on the BRVM is fully computerised using satellite links to transmit brokers’ orders and quotes to the central site.
In the South, the nine national bourses of the South African Development Community (SADC) have been working towards better interconnectivity between trading systems as well as greater alignment with global standards of clearing and settlement.
These are the kinds of reforms that will attract foreign portfolio investment to the African marketplace, injecting fresh capital and increasing liquidity. In the case of the Somalia Stock Exchange, Dahabshiil is encouraged by early assurances that it will be open to all investors, local and international, and will serve as a bridge between Somalis and the rest of the world.
Remittance income from the diaspora has been the lifeline that has sustained the Somali territories through two decades of upheaval. It has kept many households out of poverty and has made possible the vigorous business growth that has kept the economy afloat.
There is no doubt that an efficient market for shares could open the way to more investment. But we must not get ahead of ourselves. Experience tells us that besides a mature banking system, macroeconomic stability and institutional quality are vital preconditions for the successful nurturing of capital markets. Stable interest rates, democratic accountability, a functioning bureaucracy, law and order – all these are fundamentals without which the enterprise will inevitably be compromised.
It is Dahabshiil’s firm belief that we will, at some point, see the advantages of well-developed financial markets being enjoyed by a wide range of firms and investors in the Somali territories. For businesses currently reliant on loans, new options for external finance will be indispensable. For investors, a greater choice of products will enable them to make decisions that better suit their risk profiles. Both the quantity and quality of investment will be enhanced. The boost to growth and development could be pivotal, but first there is some groundwork to do.
Abdirashid Duale is CEO of Dahabshiil, the largest remittance company in the Horn of Africa and one of its largest private employers. For further information please visit www.dahabshiil.com.
Share on FacebookShare on TwitterShare on Linkedin
Related Topics:
Up Next

Extracting the value of data for insurers