THE POSITIVES AND PITFALLS OF DOING BUSINESS IN POLAND 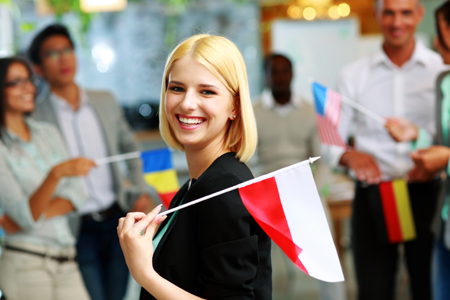 Three factors differentiate the Polish market from those of other post-Soviet bloc states, and all are major drivers for the country’s recent rapid economic growth.

The 250-500,000 who travelled abroad every year in the Soviet era brought back not only hard currency, earned by ‘moonlighting’ in Germany and the UK, but also Western attitudes and ideas and a concept of aspirational lifestyles and quality thresholds.

Cash amounts coming into the country were so significant that its potential usefulness was quickly recognised by the regime, which legalised foreign currency accounts in the early 1970s.

As soon as democracy was restored, many expatriate or second generation Poles were quick to return to ‘the old country’ with contacts, investment capital and knowledge of Western technology and commercial practices. Thus, huge numbers of new businesses, large and small, sprang up – fuelled by cash, credit and expertise imported from Chicago, London and Sydney, to name just a few places on the ‘Polska network’.

The enormous boost to the Polish SME sector was unprecedented in Eastern Europe and quickly became a vital contribution to the national economy, which recovered, flourished and attracted further inward investment as a result. Indeed, it continues to be a perennially popular destination for UK investors and exporters.

Among the factors that make Poland such a good place to do business is its huge domestic market of over 38 million consumers and its ideal geographical location: Poland sits at the crossroads of European trade and transport routes. As such, it can be an entry point to other Central and Eastern European countries, as well as emerging markets further east. This has given Poland vast experience in trading with Eastern Europe, and many consultancy services exist to help UK companies gain market share there.

The Polish economy is strong and dynamic, with healthy growth near certain for years to come and entry barriers to most sectors still low. It will benefit from €105.8 billion of EU funds between 2014 and 2020 and there are investment incentives in Special Economic Zones (SEZ) and business and technology parks.

Communication and transport is also evolving quickly. English is increasingly spoken, especially by the well-educated younger generation, professionals and the skilled and semi-skilled in the workforce, and there are some 300 flights between the UK and Poland every week. Many Polish businesses also have locations, representatives, contacts or stakeholders in the UK.

However, Polish social and corporate cultures do differ from those in the West, so a number of issues should be borne in mind.

Emotions play a very significant part in Polish business and politics. Small talk is important – as are personal relationships with partners. Corporate hierarchy is often based on age and university degrees. As such, it is unwise to send a young technician to negotiate with an experienced commercial director with a PhD or MSc to their name – if only for fear of offending them. Gadgets, such as mobile phones, cars and computers, play a significant part in creating a corporate image. Polish people can be perceived as being macho, easily offended, and intolerant of other cultures. However they are also generally hospitable and optimistic. When searching for business partners and employees, look beyond Warsaw and other major centres; provincial towns offer lower costs and staff are easier to retain.

There is still some corruption and nepotism and working relations can hark from a past era. Nevertheless, Polish business people are eager to please, although you might find that they over promise rather than managing your expectations, for fear of disappointing you.

Organisations have rigid structures and hierarchies, where task delegation is poor. There are onerous tax burdens, complete with an off-putting lack of clarity and transparency in their administration and the Polish judicial system is slow.

Infrastructure in Poland is poor, although this is improving following upgrades for the EURO 2012 tournament and its legacy.

And, as you might expect, there is much domestic and overseas competition in most markets because of their high potential growth and returns. As with any other market, gaining competitive advantage really does boil down to doing your homework properly.

Quiz those with experience of doing business there – whether ex-pats or the Polish diaspora – and go in with your eyes wide open to the etiquettes and social skills required, and the opportunities and benefits, risks and pitfalls Poland presents.

THE VALUE OF TIME: SOLVING THE COST OF COMPLIANCE

What is the financial value of loyalty?