THE ENTERPRISE HAS NO TIME FOR DOWNTIME 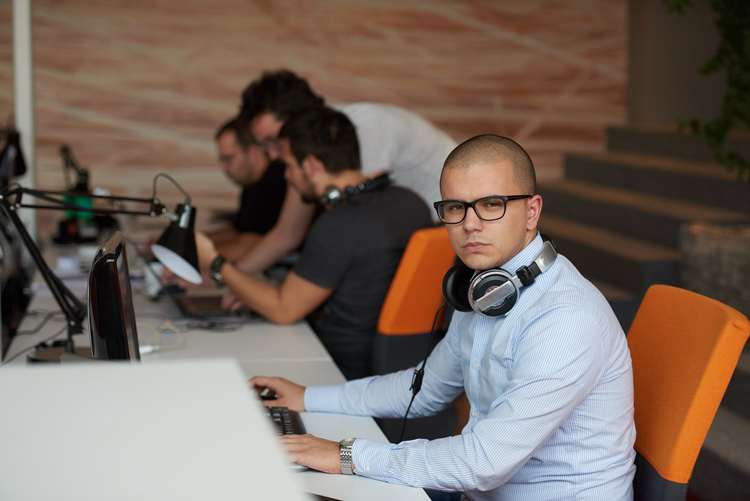 Days, hours, minutes.  No matter the form it comes in, ICT downtime is costly. It has been estimated unplanned work stoppages on a global scale cost businesses billions of pounds in lost revenue, not to mention the effect it has on productivity, employee motivation, corporate reputation and the pressure it puts on an IT department.

The chaotic mix of connected gadgetry employees are using every day is growing at an exponential pace. Add to the melting pot, the emerging IoT technologies connecting at the edge of the enterprise, and disruption is increased in the market.

Global enterprises are at a critical point in their mobile operations, and there’s clearly no time for downtime.

Recent research has highlighted 65 per cent of UK workers use devices for barcode scanning, pagers, wearables and rugged devices for couriers and engineers in their everyday work.

Whether its specialist rugged or consumer-style devices being used in the workplace, digitisation has evolved so rapidly, the average person is now working across several devices. This not only means they manage them, but they must be working effectively. To clearly illustrate the effect of downtime on employees’, 79 per cent of those surveyed confirmed that it would either be impossible or it would seriously impair their ability to do their job without a mobile device.

This is coupled with the issue that when employees are faced with problems on a device that stops them being able to do their job properly, there is also clearly a skills gap; as 75 per cent of workers surveyed always rely on someone else to fix the issue.

The reliance on devices of all types is supported by further evidence: by 2022, the global mobile workforce will be made up of 1.87 billion people. With increased mobility, the primary work device is changing. No longer are employees’ slaves to their PCs or laptops; there has been a distinct move towards smaller devices such as tablets, smartphones and wearables.

It is therefore no wonder why 92 per cent of workers surveyed already find it disruptive to be without their device and this is only set to increase. The impact of this disruption can be significant – 65 per cent of respondents agreed they felt very stressed when something goes wrong with the mobile device they use most frequently for work purposes.

So how concerned should companies be about the potential for device downtime and its effect on employees? Fundamentally, due to the increasing prevalence of cyber-attacks and a focus on hackers infiltrating devices, businesses should be doing all they can to protect them. Gartner predicts that by 2021, 27 per cent of corporate data traffic will bypass perimeter security, and flow directly from mobile and portable devices to the cloud.

With a growing remote global workforce, there is the potential for more devices (due to their size and the ease in which they are transported) to be lost or stolen during travel, which also poses a threat for companies and can also result in downtime.

The cost of protecting and tracking devices without a mobility management solution can be extensive, not only in terms of cost but time. With IT departments already stretched in a large majority of growing businesses, this additional device management can often be a major pain point. This is worsened when having to meet the device needs of employees located in different offices.

Critical impact on the day to day

The deluge of devices is predicted to continue as businesses face a definite device led future, and many will constantly be playing catch up trying to keep pace with change. Its clear devices have become critical across the enterprise and are in use consistently in the work environment, just as they are socially.

76 per cent of people surveyed stated the organisation they work for has invested money in mobile devices and apps to allow them to do their job better. This clearly recognises their importance to workplace efficiency and remote working, however, without adequate protection and management, companies could be putting pressure on employees should downtime occur. A concerning 31 per cent of survey respondents even worry they may lose their job should their devices fail.

80% OF BRITS HAVE THOUGHT ABOUT STARTING THEIR OWN BUSINESS