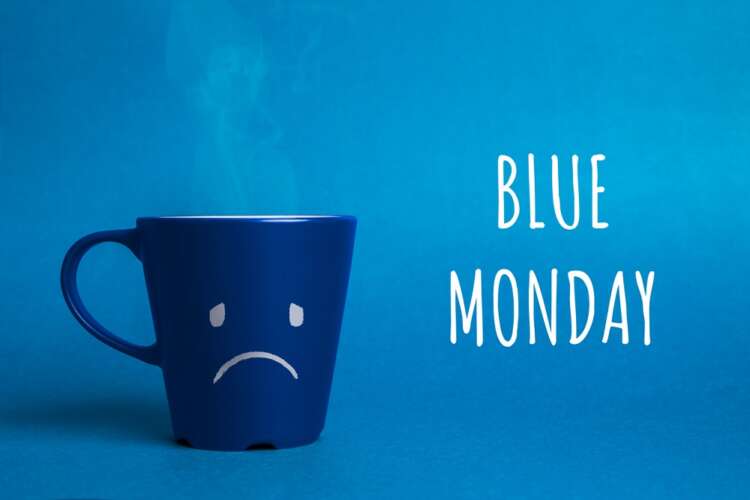 Academics, such as Ben Goldacre, have dismissed the science behind the claim. Goldacre has frequently took up his pen against Arnall.  In a 2009 op-ed, he also revealed that the psychologist had published a counterpoint study, outlining the happiest day of the year. The study, Goldacre revealed, was funded by the Walls ice cream company.

So, the idea of Blue Monday, is likely no more scientifically valid than a Ploughman’s is an ancient delicacy of the farming workforce…when it was in fact created in the 50s by the Cheese Bureau to combat slumps in cheese sales.

Given this, why then is there such an upturn of activity and emotion, particularly within the jobs market around this time of the year and can it be linked to this fabled ‘Blue Monday’?

Before I go any further, I should point out that in the last few days, recruitment company Reed has come out to say that according to its data, now is the best time in 50 years to change jobs. On one side of the coin, this is a time of great opportunity for so many. But on the other we have a disenfranchised workforce who are feeling that their talents are better placed elsewhere.

I would argue that this is less to do with a ‘Blue Monday effect, than it is a sum of all of the experiences of 2020 and 2022. Now we appear to be entering a generational pinch point. The last two years cleared the decks for so many of us, now as things begin to come back to a modicum of what they once were, people have realised that as the world has changed, so too have they.

My particular area of expertise is that of human experience, and together with my business partner Dr Jonathan Pitts, we developed a methodology of aggregating quantitative data based on qualitative experiences, to provide businesses with a means of assessing and anticipating the need and requirements of their workforce on a limitless sliding scale.

So, the last two years have been particularly poignant as we’ve seen many businesses take strategies which they have been ‘developing’ for years, around digital transformation, and throw them into the fast lane with only limited knowledge or understanding.

A recent survey we undertook with high level executives across Europe and the UK pointed to this. With over 70% of the business leaders we canvassed planning to shift to a hybrid workplace, we found many are clearly ill-prepared for the change.

Nearly a quarter (24%) of them admitted they’re not effective at understanding the digital requirements of employees. Less than one in five (19%) said they were ‘very effective’ in understanding the link between digital tools and employee wellbeing – in fact, 24% said they were either ‘not very’ or ‘not at all’ effective in this area. And 29% of these executives said ‘understanding employee requirements’ is one of the top challenges they now face, along with ensuring that workers have access to the right tools and technologies (24%).

It’s understandable then that over two thirds (67%) of the business leaders we spoke to are becoming increasingly concerned about the impact of digital inequality on employees.

According to our own benchmarking data, on average, the bottom 10 per cent of a company experiencing the worst digital inequality, will spend six hours a month trying to catch-up – the best part of a working day.

This can cause increased frustration and vastly reduced employee wellbeing, which can simply be caused by things like lagging load times, connectivity delays, and interrupted conversations. This might lead to falling behind or having to catch up during the employees’ personal time. Deadlines and targets may not be hit, impacting performance and potentially the future of individual careers.

But what does this have to do with Reed and a Blue Monday Effect?

The answer is simple. Employees who feel frustrated, over-worked, under-valued and don’t have the tools to effectively do their jobs, owe business leaders no loyalty. Their hearts and heads are not in their roles and a combination of COVID and the media push of ‘Blue Monday’ could be creating a buckaroo effect.

Put simply, these individuals have everything to gain and nothing to lose by leaving an organisation they feel they owe no loyalty towards.

But why is that?

Maybe management didn’t check in regularly enough as they tried to fulfil their roles from the kitchen table. Maybe Leadership wasn’t active enough in making sure they had the right tools to work effectively and efficiently at home. Maybe the combination of work-load and resource finally becoming unmanageable without the proper hybrid facilities to reach out to peers and colleagues, with individuals just left to their own devices, literally.

The answer could be one, or all, of these things, maybe even with a few extra thrown in for good measure. At this stage of The Great Resignation, what is certain is that business leaders need to sit up and learn from this.

The ability to accurately measure a hybrid worker’s digital environment is critical. Although a lot of businesses may have IT-level monitoring in place to analyse the performance of their digital tools for employees, far fewer understand the critical need to quantify the human experience of technology and the organisational-level impact that it can have.