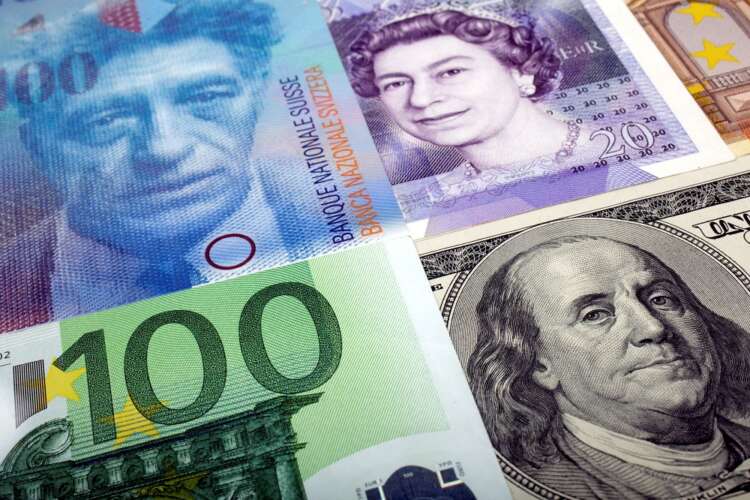 By Gertrude Chavez-Dreyfuss and Elizabeth Howcroft

NEW YORK/LONDON (Reuters) – The dollar firmed on Monday, while the yen and Swiss franc weakened, reversing some of Friday’s moves, as fears about the new coronavirus variant receded, with governments around the world seeking further information about the most recent mutation and its impact.

The Omicron variant https://www.reuters.com/world/how-worried-should-we-be-about-omicron-variant-2021-11-27, first detected in southern Africa, prompted a financial markets sell-off on Friday on fears it would further disrupt a growing economic recovery after the two-year pandemic.

The World Health Organization said it was not yet clear whether Omicron, which has now been found around the world https://www.reuters.com/world/global-spread-omicron-cases-associated-travel-curbs-2021-11-29, is more transmissible than other variants or if it causes more severe disease.

Markets calmed somewhat on Monday, however, with U.S. stock and oil prices rebounding, as investors took a more balanced view, waiting until the impact of the variant becomes clearer.[O/R]

The dollar’s status as a safe haven means it benefits from uncertainty, but it fell on Friday because the Omicron variant was seen as possibly affecting when the Federal Reserve and other major central banks will raise rates.

“Dollar bulls are hopeful that vaccines will be tweaked to tackle Omicron,” said Joe Manimbo, senior market analyst, at Western Union Business Solutions in Washington. “So while Omicron has injected uncertainty into the outlook for Fed policy, higher rates are still on the table for next year.”

Euro-dollar one-month volatility hit its highest since December 2020 on Monday before dropping back down. 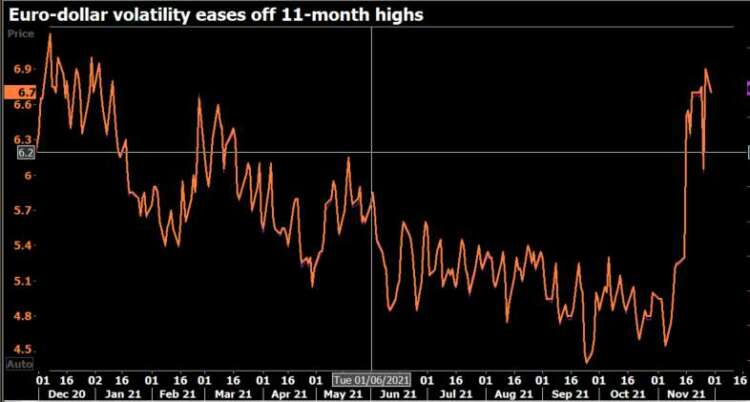 The Swiss franc likewise reversed recent moves. On Friday it had its biggest one-day jump versus the dollar since June 2016, a slightly bigger daily move than at the peak of the first coronavirus-induced market shock in March 2020, but on Monday it was down 0.4% on the day, at 0.9256 francs.

European Central Bank policymakers sought to reassure investors, arguing that the euro zone’s economy had learned to cope with successive waves of the pandemic.

Commerzbank’s head of FX and commodity research Ulrich Leuchtmann wrote in a client note that the euro had initially benefited from the Omicron variant because of the dovishness of the ECB.

Analysts said that currency markets would likely remain volatile until the new variant was better understood.

Goldman Sachs said it would not change its economic forecasts on the basis of the Omicron variant until its likely impact became clearer.

Meanwhile, in cryptocurrencies, bitcoin hit a seven-week low on Sunday before picking up. It was last down 0.4% at $57,119. Its all-time high of $69,000 was hit earlier this month.

(Reporting by Gertrude Chavez-Dreyfuss in New York and Elizabeth Howcroft in London; Editing by Ed Osmond and Alison Williams)