Sterling hits new lows against dollar and euro after BoE 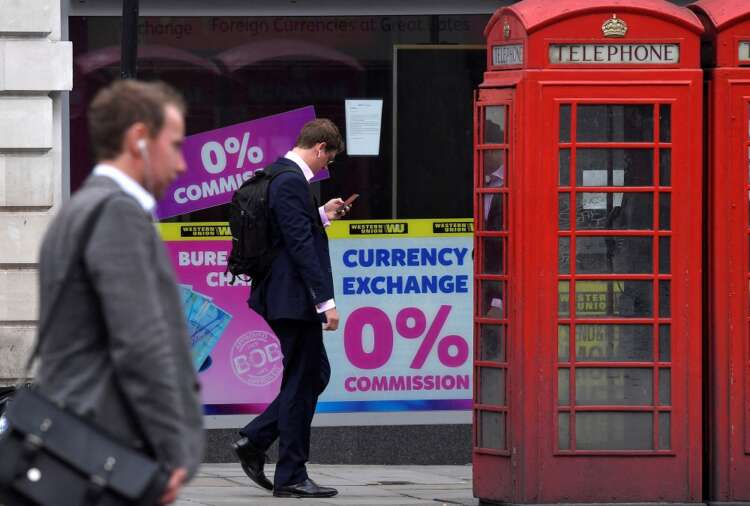 (Reuters) -Sterling hit new lows against the dollar and the euro after the Bank of England warned of recession risks, triggering expectations of a slowdown in its rate-hiking cycle.

The pound, which slid more than 2% on Thursday in its biggest daily drop since March 2020, was set to end Friday with its third straight week of declines.

It has taken a beating from expectations that the BoE may have to pause its monetary tightening earlier than expected, given the economic hit from a cost of living crisis.

Most BoE policymakers believed “some degree of further tightening in monetary policy may still be appropriate in the coming months”. A split emerged, with two members saying the guidance was too strong given the risks to growth.

“The shift in the wording of the guidance suggests a committee that perhaps thinks it may not have much further to go,” Citi analysts said in a note.

The euro rose 0.4% against the dollar, which remained within striking distance of 20-year highs against major peers, as market sell-offs in the face of global recession fears propped up the safe haven currency.

Money markets are currently pricing 120 bps of BoE rate hikes by year-end, including 50 bps by August 2022.

“The key for us is how close the forecasted inflation rate (2.16%) is to the 2.0% target with bank rate remaining at 1.00%,” said Derek Halpenny, head of research global markets EMEA and international securities at MUFG Bank.

“That, in addition to the sheer scale of deceleration in GDP growth, are compelling reason to believe a long pause is coming after a June hike,” he added.