SECURITY IN PAYMENTS MORE THAN A TOKEN EFFORT 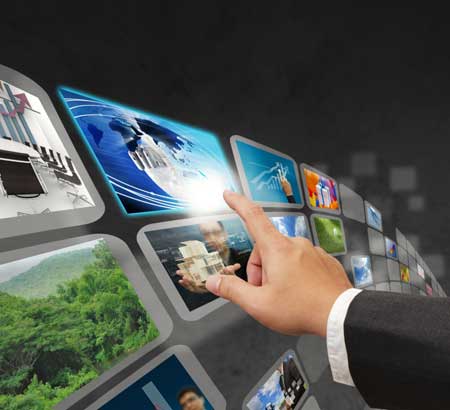 The way we pay for goods and services has irrevocably changed. Mobile payments, digital wallets, social payments through the likes of Facebook or Twitter, and biometrics are no longer confined to the realms of technological fantasy but are very much a reality. However, without a solid foundation, any concept or idea, no matter how sound in theory, is doomed to failure. Tokenisation is the foundation, which card payments in their many guises – online or in-store – are based, providing the security that is fundamental to the viability of any payment service.

Tokenisation is an extremely effective way of mitigating security risks by substituting payment data with a code or ‘token’ when the payment is processed.  What tokenisation does is encrypt card and payment data into a sequence of numbers. This means for those retailers which have chosen deployed a payment solution that tokenises their customers’ card data should they be attacked; any data the fraudsters can access would be useless. There have been numerous examples over the years where companies have failed to secure their customers’ card data – for instance Target in 2013 –and have subsequently been the subject of a security breach. Not only do they face a hefty fine – early estimates put the potential fine for Target at a staggering $3.6 billion – but also reputational damage that can lead to a loss of consumer confidence.

In payments, security will always be king. The benefit of tokenisation is that for any payment service or technology which uses card data, as mobile and biometric payments do, that card data is kept safe. In fact, these future payments are often mooted as being more secure than regular card payments. This is being reflected in a shift in consumer attitudes while recent research from MasterCard shows that greater emphasis is being placed on the opportunities for enhanced digital experiences through mobile payments rather than security.

For us as consumers, there is a lot to look forward to in the next year. Contactless card payments have been such a resounding success with the public that the threshold is set to be raised from £20 to £30 in September, allowing consumers to pay for more things the way they want to. This isn’t all though. High Value Contactless (HVC) allows users to make contactless payments via their NFC-enabled mobile devices with no limit: anything from a tin of beans, to a Porsche 911. A number of stores across the country are already making themselves ready for HVC in anticipation of the rollout of mobile payment services from some of the industry’s biggest hitters; Apple Pay is expected to launch in Europe over Spring while Samsung Pay and Android Pay will be meeting the mobile payment needs of non-iOS users before long.

While it may be a bit premature to say that by Christmas 2015 we’ll all be paying for our gifts and shopping with our mobile phones, it is a hugely significant year for the technology. While early adopters will no doubt throw themselves into this Brave New World of payments, there will be more than a few interested observers amongst the general public waiting to see how things go with a particular focus on whether mobile payments are quite as secure as they have been led to believe. Tokenisation provides retailers with a way to ensure consumer confidence in the security of mobile payments.

Tokenisation offers an added bonus for retailers beyond improved security alone. It can also act as a mechanism for collecting customer data and informing marketing and loyalty programmes. Brands can tell when and where their customers are shopping and use this data to create more dynamic approaches to marketing which are more effective.

First and foremost though, tokenisation is about security. While great strides are being made to make paying for goods and services more convenient and consumer-centric, no payment service will ever succeed without a strong foundation in security. Consumers need to have faith that each transaction they make will not cost them more than what they are paying for. No matter how inventive payment methods become – from the tap of a phone to the scanning of our fingerprints – tokenisation will be the glue that holds this all together.

WHY DO COMPANIES STRUGGLE WITH CHANGE?