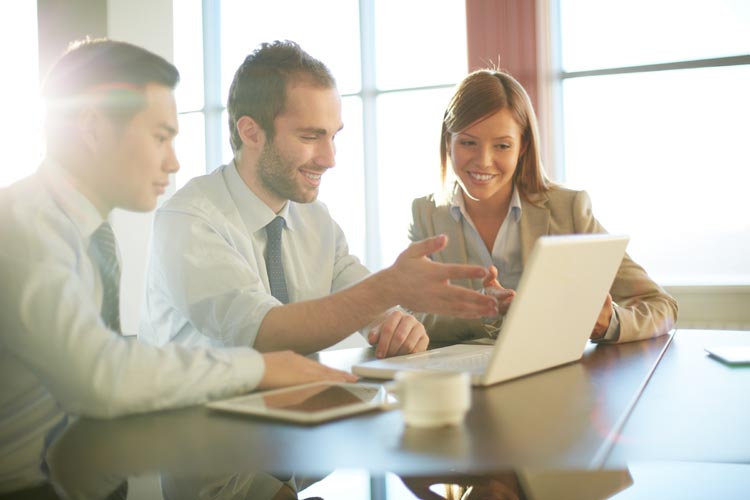 “Each tax filing season is unique and presents taxpayers with new challenges,” according to Edward S. Karl, CPA, CGMA, vice president of taxation for the American Institute of CPAs (AICPA).  “Taxpayers always have to learn about new rules and changes to old rules to avoid making mistakes.”

Tax Day is April 18 – Tax returns for 2016 are due April 18, 2016, instead of April 15, because April 16 is Emancipation Day in the District of Columbia.  Therefore, the due date for all federal tax returns is extended to April 18.  Taxpayers who file an automatic extension on Form 4868 must file their returns by October 16.  Filing an extension does not mean you have an extension to pay.  If you do not pay the tax you owe on April 18 you will pay interest and may have to pay a penalty.  Remember that due dates for state income tax returns vary by state.

New Due Dates for Some Returns – Some information forms that taxpayers need in order to file their tax returns will be available earlier.  For example, because partnership tax returns for 2016 must be filed by March 15, or extended until September 15, taxpayers will receive their Schedules K-1 earlier so that they know how much income or loss to report on their individual tax return.  In general, shareholders in S corporations will also get their Schedules K-1 by March 15, unless the S corporation return is extended.

Don’t Overlook Disaster Losses – In 2016, the federal government issued 103 federal disaster declarations across the country.  If you suffered a loss in a federally declared disaster area, or a casualty or theft loss in another situation, the losses can generally be taken as itemized deductions on your tax return.  The losses must relate to your home, household items or vehicles.  The amount you can deduct is reduced by any salvage value of your property and any insurance payment you received.  Usually these losses are deducted on Schedule A of Form 1040 for the year in which they occurred.  However, losses in a federally declared disaster area may be taken in the year before the disaster.  And, if your casualty loss is greater than your income, check to see if you qualify for a net operating loss.  You don’t have to be a business to qualify for a net operating loss under these circumstances.

ID Theft Still a Big Risk – Tax season is bonus time for identity thieves.  Vigilantly protect your personal and financial information.  Never send your tax return information to a tax preparer electronically unless it’s encrypted or is being submitted to the preparer through a secure portal.  Shred draft copies of your tax return.  Be wary of phishing scams that may take the form of a phone call, email, text or post on your social media account from an institution you’d normally trust.  The IRS’s first contact with a taxpayer is always with a mailed letter.

Private Debt Collectors on the Job – The IRS, as mandated by a 2015 law, will begin to use private debt collectors this year for certain overdue federal tax bills.  Taxpayers whose tax debts are turned over to the debt collection agencies will receive a letter from the IRS to let them know, and the debt collection agency will send another letter confirming that it is responsible for collecting the debt.  The collection agencies are allowed to identify themselves as IRS contractors and must follow the rules under the Fair Debt Collection Practices Act.  Any checks should be paid to the U.S. Treasury, not the private debt collection agency.  If you have an outstanding federal tax bill, consider contacting the IRS to apply for an online payment agreement, to make an offer in compromise or to request a temporary delay in collection.  It’s often wise to consult a tax professional who has experience with these programs if you’re in this situation.

Some ITINs Have Expired – Taxpayers who use an Individual Taxpayer Identification Number (ITIN) may need a new one.  ITINs expire if not used on a federal tax return at least once every three years.  And, beginning in 2017, all ITINs issued prior to 2013 will have to be renewed on a rolling renewal schedule.  The first set of ITINs requiring renewals are those with the middle two numbers of “78” and “79.”  These ITINs expired at the end of 2016.  If you’re in this situation, submit your application for renewal (Form W-7) and the required documentation now or attach the forms and documentation to your 2016 federal tax return.  Filing your tax return without a renewed ITIN or without the renewal application will result in an adjustment to your return as filed.  The return will be processed, but no refunds will be issued and any exemptions or credits claimed on the return will be denied.  If tax is owed as a result of these adjustments, interest and penalties may be due.

New Deadline for FBAR Filers – Taxpayers with foreign bank accounts who must file the U.S. Department of the Treasury FinCEN Report 114, most often referred to as an FBAR (Report of Foreign Bank and Financial Accounts), must do so by April 18 this year, instead of by June 30 as in previous years.  However, you will be granted an automatic six-month extension if you do not file by April 18; a written request for an extension is not required.  The law was changed to make the FBAR filing date consistent with filing deadlines for federal tax returns.

Choose Your Tax Preparer Wisely – If you decide to hire a CPA or other tax professional to prepare your taxes, get referrals, verify their credentials, check to see if they have any consumer complaints filed against them, interview them, and ask them how they bill and inquire about how they secure their clients’ financial information.  Make sure they have an IRS Preparer Tax Identification Number (PTIN).  It’s required by law.  If they don’t have one, walk away.  Other red flags when looking to hire a tax preparer include not asking to see your prior year’s return, refusing to tell you how they bill, suggesting a tax credit or deduction that makes you uncomfortable, asking you to sign an incomplete or blank return or wanting your refund to be deposited into their bank account instead of yours.

FINANCIAL THREATS IN 2016: EVERY SECOND PHISHING ATTACK AIMS TO STEAL YOUR MONEY