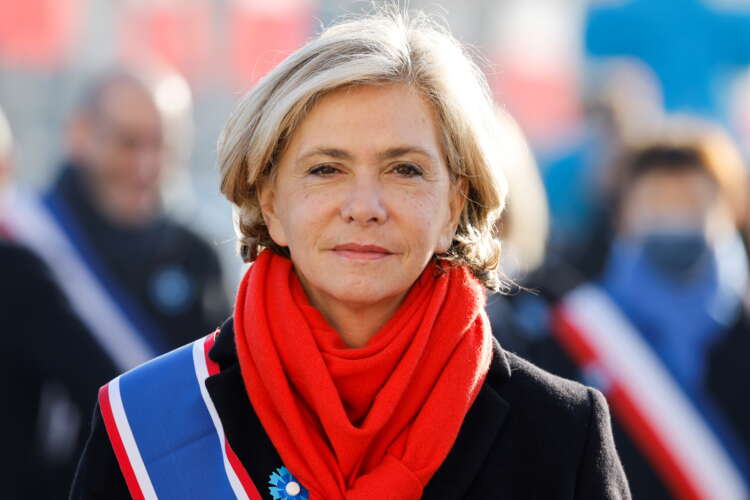 PARIS (Reuters) – Valerie Pecresse, a moderate conservative who has described herself as ‘1/3 Thatcher, 2/3 Merkel’, will go into a runoff as favourite to be picked as the centre-right Les Republicains’ candidate in the French presidential election in April.

Pecresse will face Eric Ciotti, a staunch right-winger, in the runoff. The winner will head the party’s bid to return to power for the first time in a decade.

The centre-right, which traces its origins back to Charles de Gaulle, dominated French politics for much of the post-war era but has struggled to reshape its identity since centrist President Emmanuel Macron’s 2017 election win redrew the political landscape.

In a surprise result in the first round, Ciotti came first among the five challengers with 25.6% of votes cast by registered members. Pecresse, who heads the greater Paris regional authority, took 25%.

However, Pecresse emerged as frontrunner in the runoff as the three other candidates swiftly threw their support behind her. The winner will be declared on Saturday afternoon.

“I won’t flinch. I have a project for a clean break, a project for the unashamed right,” Pecresse told reporters, flanked by two defeated rivals, Xavier Bertrand and Philippe Juvin.

Though more moderate in ideology than Ciotti, she and her rivals for the ticket all drifted further to the right on immigration and law and order as voter surveys have shown the far right reaching the presidential run-off against Macron.

Pecresse has said she would halve the number of residency permits for non-EU migrants, stiffen judicial sentences in ethnically-diverse zones where police have lost control, raise the retirement age to 65 and cut 200,000 public sector jobs.

Modern-day France has never elected a woman president and Pecresse urged voters to be bold.

In an interview earlier this year, she depicted herself as a blend of two of Europe’s most influential post-war female leaders, describing her politics as “1/3 (former British Prime Minister) Thatcher and 2/3 (outgoing German Chancellor Angela) Merkel”.

Ciotti entered the race as an unfancied runner, often viewed as an outlier within the party as his no-nonsense talk on restoring the state’s authority and defending France’s national identity flirted with far-right ideology.

“I wanted to ensure this campaign was based on the truth, the truth about this country’s decline,” Ciotti told reporters.

The eventual candidate’s challenge will be to carve out a space in a crowded field on the political right.

Macron’s centrist government siphoned moderate conservatives from the centre-right, including his finance minister and former prime minister. It cut taxes on businesses and the wealthy and encroached on the right on matters of security and immigration.

Meanwhile, far-right leader Marine Le Pen softened her Rassemblement National party’s anti-immigrant, eurosceptic stance to broaden its appeal among traditional centre-right voters. She now finds herself outflanked by Eric Zemmour whose discourse on Islam and migration has polarised the country.

Opinion polls before her party’s internal vote showed Pecresse would win 10% in the first round of the April election, behind Macron, Le Pen and Zemmour. Ciotti would pick up 6% support, they projected.

Macron has not formally declared his candidacy though Elysee insiders say it is a question of when, not if. Polls predict he would beat any challenger in a second-round vote, but by a slimmer margin than the trouncing he dealt Le Pen in 2017.