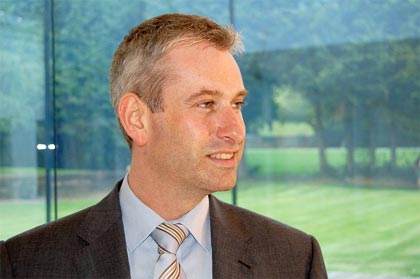 By Steve Haworth, CEO of TeleWare

As mobile phones become an increasingly important tool in trading, compliance efforts are catching up and requiring that conversations, and the data, be recorded.

In 2011, the UK’s Financial Services Authority, now known as the Financial Conduct Authority, changed the existing call recording regulations extending it to include mobile calls. Regulation is changing the financial services sector. Though call compliance isn’t a new issue, there are still uncertainties around who is implicated, the severity of the potential impact to businesses and the operational costs associated. We’ve identified that as many as half of the UK’s financial organisations may be exposed. As we’ve seen from recent fines, these are no parking tickets. Non-compliance is a very serious problem, one that is clouded by confusion and can be costly mistakes to make

What’s the choice?
Several solutions currently exist. Some organisations forbid the use of mobiles, some have chosen to redirect calls through a downloadable app and others have chosen a built in SIM.

TeleWare, which has been at the forefront of communication technology for 22 years, uses innovative software in its SIM to trigger recording on all mobile devices – smart phones or tablets. We have found the SIM approach to be the most elegant and robust.

Business doesn’t stop when you leave your desk
In addition to the increasing regulatory pressures, the rise of the 24/7 culture poses a serious threat to organisations. We’re working in a global market place. With this in mind, it is more or less a given that traders are using mobile phones. When technology makes it possible for people to work effectively from a long range, or on the move, it simply makes no sense to restrict your employees.

When the volcano erupted in Iceland in 2010 halting all flights, many traders were unable to travel, either stuck in airports or far from their offices. Those equipped with mobiles, could go on trading to some extent, at the very least they could make vital calls. Businesses need to incorporate mobile phones as part of their business continuity planning, being able to work away from your desk is critical.

Impact of Bring Your Own Devise
A key issue facing financial organisations is the BYOD initiative. The simple truth is, choice is critical to adoption. With a workforce which is time poor and tech-savvy, financial organisations need to find solutions that do not comprise on ease-of-use and allow individuals the freedom to choose their own devices. Allowing them to change devices, with minimal effort but with the confidence they are 100% compliant.

The UK is leading the way on the issue of mobile call compliance but with the introduction of MiFID II and Dodd Frank, the topic of mobile call recording is spreading across Europe and the United States. Regulation is changing the face of the financial services sector, but unlike two years ago, we’re going to be seeing this on a much more global scale. The question financial organisations need to ask themselves is – are they 100% compliant?

IPC Celebrates 40 Years of empowering traders to connect and communicate