Mediation: during and after Covid-19 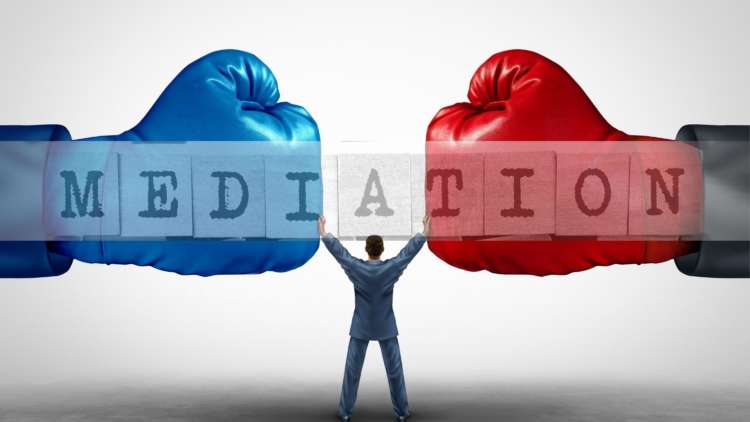 By Russell Strong is Head of Marine & International Trade and a Senior Solicitor at Zaiwalla & Co.

Mediation it is not mandatory before or during court proceedings in England & Wales (absent an enforceable contractual obligation expressed as a condition precedent to proceedings).  However, this particular example of Alternative Dispute Resolution (ADR) is not only being considered more frequently by parties at the time at which they enter into agreements, but if proceedings are commenced and ADR has not previously been attempted, the court is intervening to direct the parties actively to consider the resolution of their dispute by ADR so as to avoid the need for the claim to be determined at a trial.

Mediation volumes have more than doubled over the past decade. According to figures from the Centre for Effective Dispute Resolution (CEDR), 12,000 mediations took place in 2018, split between 7,500 ad hoc referrals and 4,500 which originated from organised mediation schemes.

But 2020 has been a year like no other in multiple respects as a consequence of the impact of the Covid-19 pandemic. The intrusive governmental response to the virus has disrupted everyday life since March, affecting also commercial life, including the number of mediations capable of taking place.  It is hoped however that this will be followed by a significant rebound next year.

Unable or not allowed to attend mediation venues, parties and mediators have instead turned to technology to plug the gap. Thankfully, many mediations have still happened thanks to video conferencing tools, such as Zoom, Skype, FaceTime and MS Teams.

The London Chamber of Arbitration and Mediation (LCAM), and CEDR, in conjunction with the Chartered Institute of Arbitrators (CIArb), have been quick to offer virtual services, making fixed price or short notice mediations available for certain cases, especially Covid-19 related disputes.

Inevitably, virtual mediation presents its own challenges. The most notable is physical context: it is hard to create the same degree of intensity and desire to achieve a resolution when the parties in dispute are not sitting directly across the table from one another, but staring at a computer screen instead.

Once parties are engaged in litigation, is mediation, either virtual or face-to-face mandatory? In short, the answer is no.  The court cannot compel parties to mediate (Halsey v Milton Keynes General NHS Trust [2004] EWCA Civ 576). But if a party refuses to do so, it will likely need  to justify the reasonableness of its decision.

In terms of what a judge might consider as reasonable justification, the court has accepted the reasonableness of refusals in fact-specific cases: where the party has proposed mediation purely as a delaying tactic; where the parties are so polarised in their positions that no reasonable prospect of a breakthrough in mediation was deemed possible; or, where the costs of mediation would be unreasonably high and therefore impractical.

What might a judge regard as unreasonable? Although every case is different, silence is not the answer. The best approach is to provide a reasoned refusal and to avoid waiting too long to do so.

If a refusal is found to be unreasonable, costs loom large. The general rule is straightforward: the unsuccessful party will be ordered to pay the costs of their successful opponent. But exercising discretion, the court may make a different order having regard to all the relevant circumstances, particularly conduct of the parties.

For a party who succeeds, but has refused an offer to mediate, there may be adverse consequences:

The court’s general view is that parties should seek to resolve their dispute before commencing proceedings. Often this can be through ADR, of which mediation is one example.

There are obvious reasons why litigation should be a last resort: it is expensive, frequently protracted and often high risk. Disputing parties must consider whether negotiation, or some other form of ADR, could produce a settlement before they commence proceedings. Once proceedings are underway, that duty remains: on many occasions, the court will also intervene to direct parties to consider ADR, requiring any party refusing to accept another party’s offer of ADR to serve a witness statement explaining its refusal.

Historically, a party’s resolute belief in the strength of their “watertight” case might have been enough to constitute a “reasonable belief” that mediation was inappropriate. Going forward it is likely that the court will follow Mr Justice Griffiths’ recent comment in DSN v Blackpool Football Club Ltd (Rev 1) [2020] EWHC 670 (QB), where he stated: “No defence, however strong, by itself justifies a failure to engage in any kind of alternative dispute resolution”.

In other cases, different points have been raised. The court has stressed that a mediator could bring “a new independent perspective”. Moreover, even if a mediation was unsuccessful, it is possible that issues may still be narrowed – for example, agreeing quantum without prejudice to liability, potentially reducing the length of a trial.

Change in the court’s support of ADR as a means of early resolution of disputes is unlikely. Current cases have been delayed and a surge of new, post-pandemic cases is predicted, further stretching the court’s resources. In an effort to combat this, judges are likely more frequently to direct parties to mediate (or use other forms of ADR).  Additionally, parties who are found to have unreasonably refused mediation may well face punitive costs orders.

In considering the overall effects of the pandemic, it is important to consider the UK government guidance published on 7 May (updated 30 June) “on responsible contractual behaviour in the performance and enforcement of contracts impacted by the Covid-19 emergency”.

Even though the guidance is non-statutory, it may be referred to by a party on the issue of costs, particularly in circumstances where that party offered to mediate in an attempt to avoid, or resolve, legal proceedings, and the other party is said to have unreasonably refused.