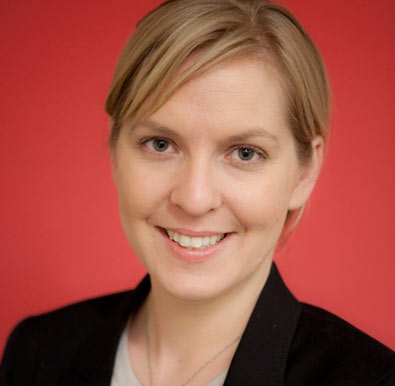 Whether acquiring a company or the target company itself, both parties involved in an M&A transaction may have a degree of interest in leaking rumours of transactions to the public – although with entirely different motivations..

These are the key findings of a recent study carried out by Intralinks in conjunction with the M&A Research Centre at Cass Business School and Mergermarket , which analysed over 4,000 global M&A transactions made between January 1st, 2004, and October 16th, 2012, sourced from SDC Platinum. Each deal was checked for significant pre-announcement trading (SPAT) activity, determined by abnormal share price returns in the period prior to its public announcement.

The report suggests that leaking transactional information will continue for as long as the associated benefits outweigh the costs, or risks. Indeed, the Financial Conduct Authority (FCA) recently admitted this in its annual report on the topic. However, while deals may continue to be leaked, the increased levels of regulatory enforcement means that it is less likely that these leaked deals will make it to completion.

Despite this though, as the global economy begins its recovery and the M&A environment along with it, the rise in transaction activity will make it more difficult for regulators to identify suspicious leaks in the first place. In addition, with more buyers interested in the available assets, there will be a greater incentive for sellers to leak in order to encourage a greater number of competing bids.

This last tactic has been successfully used in the past by target companies to leverage the increase in competing bids as a means of driving up their acquisition price. In fact, the study shows that those deals that were leaked completed with an acquisition premium 18 percentage points higher than those that weren’t.

Conversely, should an acquiring company consider the target’s board to be dragging its feet, it could leak a deal in order to increase the pressure on its shareholders.

However, regardless of the motive, any leaks that have taken place since the global financial crisis were likely to reduce the prospect of a deal reaching completion. The study found that just 80 percent of leaked deals were completed, compared to 88 percent of non-leaked deals. On the other hand though, where acquiring companies no longer want to complete a deal, they may deliberately leak the information; the desired outcome being to initiate competing offers or to scupper the deal entirely.

But the potential risks of leaking a deal, whatever the reason behind it, should be considered in terms of cost. While the seller could stand to receive a higher premium on a leaked deal, there’s also an increased chance that it might not reach completion, meaning they’d receive nothing.

Not only that, but should the deal fall through, it could have a significant negative impact on the reputation of the target company’s management – particularly if the deal had been recommended by the board.

So, while the practice of leaks continues around the world – both buy-side and sell-side- there are significant differences in frequency depending on the jurisdiction in which the leaks take place. It’s worth noting though that measurement of those highlighted in the study are not directly comparable due to the biases caused by differences in regional takeover regulatory regimes.

For example, in the UK, a target company is required to make an announcement if the press should learn of a potential takeover, and find there to be some truth to it. Due to the difference in regulations across the Atlantic, this action is not compulsory in the US, and is one that will effectively force the day of the leak to be closer to the official day of the announcement.

Overall though, the study found that the practice of leaking has declined to 7 percent in recent years following its peak at 11 percent in 2009. Through conversations with those responsible for carrying out the deals, the study identified three key reasons behind this decline.

Second, better tools have been developed and adopted to enable better maintenance of confidentiality between buyers and sellers, thus reducing the risk of accidental leaks.

Finally, and perhaps most importantly, the disquieting effects of the global financial crisis may have encouraged those involved in mergers and acquisitions to exercise caution and not risk complicating and even losing a deal by leaking it – regardless of the potential benefits.

EURO SEEMS RATHER OVER EXUBERANT!

CZECH REPUBLIC MARKS HALF YEAR SINCE START OF PENSION REFORM